Chemistry is one of the most fascinating subjects. Sure its equations and formulas can be nerve-racking, however, thanks to the chemistry we were able to give logical reasoning to most of the processes that happen on the daily basis, which in the past were deemed, magic. Ever wondered why soap kills the germs while water doesn’t? The answer to that is Chemistry. 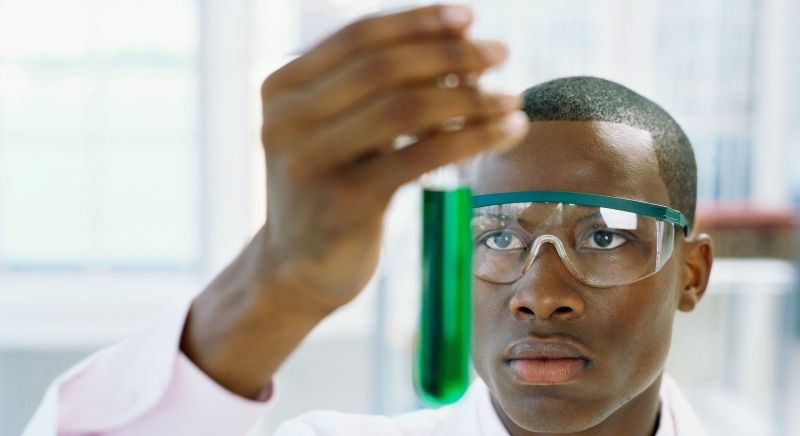 A scientist observing a green chemical.

Chemistry, even though some believe it’s just chemicals in test tubes, it actually is a branch of science that studies the nature, properties, processes, and composition of various chemicals, solids, and gases, however, it is not limited to this. Unlike physics that digs deep into the subatomic realm, chemistry on the other hand focuses on the properties of atoms of different elements. So, without being a chemist, where and how exactly is it used?

Chemistry in our daily lives

As we know everything is comprised of atoms. In that sense, chemistry is happening around you constantly all the time on a molecular level, but here are some examples that happen on a daily basis.

1. Food Production: Whether it be a plant or a commercial biscuit producing factory, chemistry is required for both to exist. In plants, they undergo photosynthesis, by which they are able to absorb the sunlight and convert it into chemical energy which they use to grow themselves and produce oxygen. As for our commercial production, each and every single ingredient used as a preservative and flavoring agent you read at the back of your packaged food is a chemical that is tested and experimented on to make your favorite snack taste the way it tastes. So next time you eat a bag of potato chips, thank the chemistry.

2. Digestion: Now that you’ve ingested your favorite snack, how exactly are you going to digest it? The process of digestion begins as soon as you start chewing the food and once again chemicals rush in to help you digest. Finally, once the chewed food reaches the stomach, our brain signals the release of the Hydrochloric acid, which digests the food and converts it into energy. And just like that, our food is gone. Time for another snack.

3. Rusting: Ever left your bicycle in the rain as a child, only to find that the exposed metal has formed a reddish-brown crust over it? Well, that’s the rust. This happens because as time passes, metals, especially iron undergoes oxidation, here iron oxide is formed resulting in corrosion.

4. Floating of Ice: During hot summer days everyone reaches for a refreshing zesty beverage, but it’s not cold enough so you add ice to it. But why doesn’t the ice falls at the bottom like other objects? Because of its density, ice is about 9% less dense than water. That’s the reason why it floats over water. 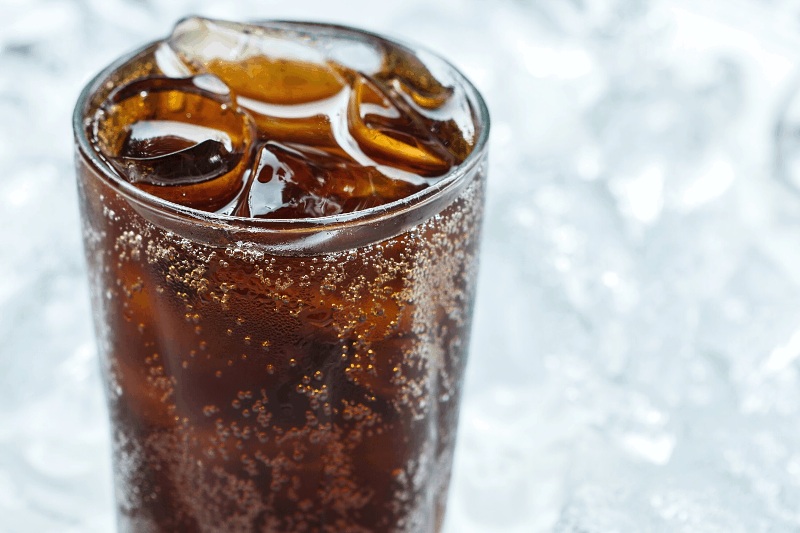 Ice floating atop a zesty drink.

5. Emotions: We always assume that it is our way of thinking and situations that make us feel certain emotions. However, that is not the case. Scientists have established that our brain produces certain chemicals which regulate our emotions. So the next time you are feeling ecstatic, just thank yourself.

6. Cleanliness of soap: Soap is an astonishing man-made item that we overlook pretty much all the time. Soap is based on acid and base combinations, it is made with one lipophilic(oil-loving ) element and one hydrophilic(water-loving) element. Initially, lipophilic element picks up the dirt from your skin, traps them in oils and once you rinse, the hydrophilic component washes it away.

7. Onion tears: It is no surprise that when we chop onions we get emotional and burst into tears. Fine, not emotional but we still cry. The reason is that onion contains a chemical called syn-Propanethial-S-oxide that is released when onion’s cell walls are damaged. This chemical regulates our tear glands making us cry.

8. Coffee: We all love coffee for one reason or the other, but its wakefulness can’t be denied. You have a little bit of coffee in the evening and next thing you know, you can’t sleep till midnight. Coffee contains caffeine, a chemical that goes into our brain and blocks adenosine receptors. These receptors promote sleep but the caffeine just says a big NO to them, keeping us awake.

9. Body Odor: One thing that is natural is that we sweat whenever we engage in physical activity or feel hot, our body releases sweat to regulate our temperature. While sweat doesn’t have an odor that is released from apocrine glands, the bacteria on our skin, however, start to break down the acid that is present within the sweat that results in body odor.

10. Fermentation: If you happen to love yogurt, bread, or wine, thank the chemical process called fermentation. It is basically a metabolic process of converting carbohydrates(sugars) into acid or alcohol. Basically, microorganism such as yeast consumes sugar and belch out the flavors that we love, yummy.

As you can see, we are simply surrounded by chemical processes that are happening all the time, some of them are on a large scale while others are happening on a microscopic level. But one thing is certain that Chemistry sure is a wonderful field to learn about.