The universe is full of cosmic events that to us humans are truly fascinating and sometimes even out of our conception. The big bang in itself is one phenomenon that still boggles our mind, even simply thinking of these theories just simply breaks our minds. But even globally accepted, these are just theories but then there are other real scenarios that are simply awestriking that puts our existence into perspective that on the grander scale of things we are nothing and the recently discovered merging of two Neutron stars with black holes is one of them.

What is a Neutron Star? 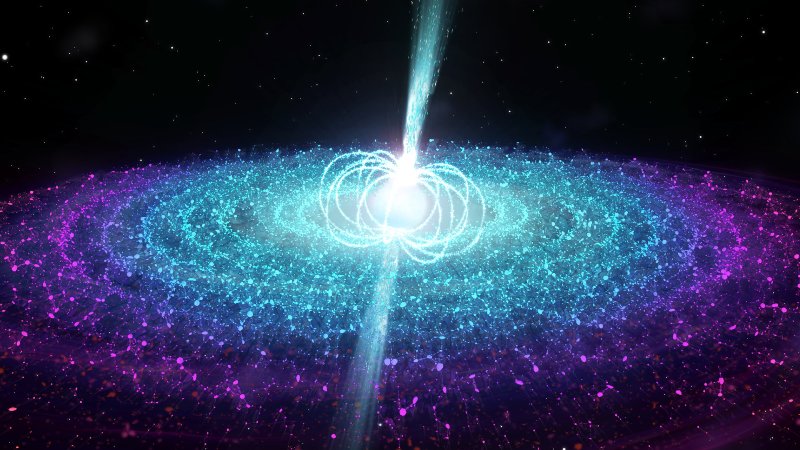 A representation of Neutron Star and its magnetic field.

In order to understand this discovery, we must understand what exactly is a Neutron Star. These are some of the most extreme bodies in the universe that is just behind a black hole in that sense. Stars, just like our Sun exists in a state of sophisticated balance where the hydrogen atoms are constantly fusing with helium that results in the tremendous release of energy, this energy doesn’t expand the star as the intense gravity from its core keeps it intact. But once the hydrogen is exhausted, this balance is disrupted and the star goes into a phase of supergiant where it expands 100 times its original size and then simply turns into White Dwarfs. But when a massive star dies, its gravity wins in the balance game and it implodes the entirety of the star, at the core only iron remains which cannot fuse and want to simply expand but it doesn’t happen due to the tremendous pressure that is exerted due to the mass of the star. Naturally, electrons and protons remain separate from one another but in this event, they are stuck together resulting in a gigantic star imploding into the size of a city resulting in a massive shockwave that travels throughout the galaxies. This is a supernova explosion that can be seen across galaxies and finally once all of this is settled a Neutron Star appears. To put its extreme properties into perspective, a Neutron star with a mass of a million Earths would be just about 25 kilometers across. Their gravity is really strong that just like black holes, light bends around it and if their mass was just a little denser and size a little smaller it would basically result in a black hole.

Once Neutron stars are made they start to spin at such an accelerated speed that they spin multiple times within a second. Their magnetic field creates beams of radio waves that result in pulses that can be observed and felt anywhere within a galaxy. These magnetic fields are approximately a quadrillion times stronger than the Earth’s magnetic fields. But what would happen if we add a black hole into the equation?

As we understand the word “collision” we think of crashes, and destruction which results in particles flying everywhere. However, in these events it was not the case, in fact, there was not even a collision per se, it was more sort of a merger where the black holes just swallowed the entirety of the Neutron Stars. But as you can imagine this celestial event wouldn’t be pretty to be nearby, because as the star would be pulled apart and spaghettified it will release intense gravitational waves. These waves are so strong that they bend the fabric of space-time nearby. Though it should be noted that being such a dense body of the universe, black holes simply don’t just devour it like other objects, but their gravity collides and according to scientists it pulls back onto the black hole as well, but others disagree with it. Ultimately, the theory of gravity that was presented by Albert Einstein turns out to be true for this scenario. According to Einstein, the space-time fabric is a 4-dimensional surface that is bent by the mass of objects within it and this answers the mystery that how the gravitational waves are detected on Earth. As the waves from that catastrophic event were bending the fabric of reality itself in the form of ripples just like ripples are made in water when a rock is dropped in it. 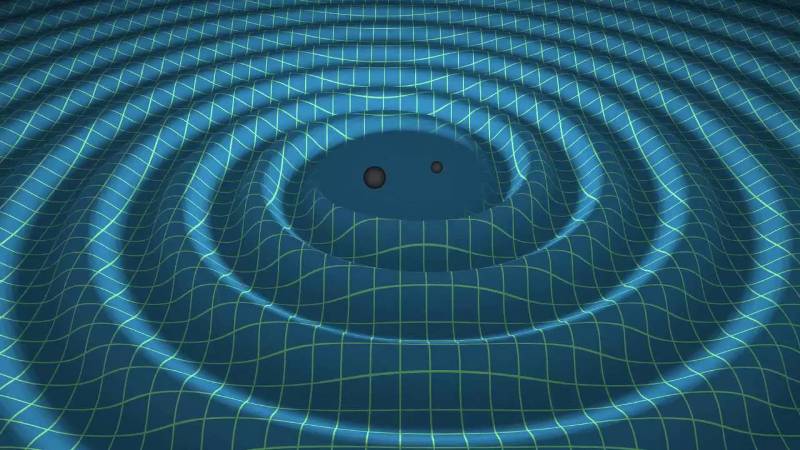 Even though these events occurred millions of years ago, we were able to see them just now. Scientists are thoroughly studying these phenomenons as they claim these fossil events will give us an insight into the creation of our universe. Who knows what other events may have transpired in the primal times that we will observe in the future?