Since the earliest civilization to this day, we humans are very curious and fearful about our futures (pasts as well). Perhaps that’s the reason why fortune tellers have been around an equal amount of time, whether it be gazing into the crystal ball or analyzing one’s handprints, some claim that they are intuned with those dimensions and can forecast the future, and even change the course of one’s life in some cases. In recent years, the one form of this that has really gained both fan-following and hate is Tarot card reading. But is it actually the real deal or just another way to loot fearful individuals?

What is Tarot Cards Reading?

Tarot cards as the name suggests are a deck of cards with very vivid and mesmerizing visuals printed on them and the art of analyzing a person’s circumstances via these cards is known as Tarot Card reading which is a form of Cartomancy. It should also be noted that these decks either come in the pack of 78 cards, 36 cards, or 200 cards. The 36 and 200 packs are known as Oracle decks and Lenormand Decks respectively. Although the most commonly used ones are the Rider Waite Smith cards which are the pack of 78 cards, which is further divided into two categories Major Arcana and Minor Arcana cards.

Each set of cards have either two kings or one king and one knight card, a queen card, a page card, and numbered cards from ace to eight. 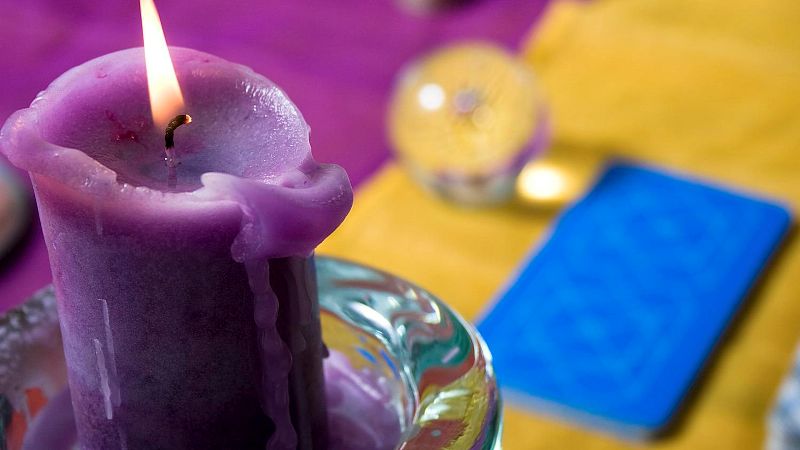 Initiating a Tarot card reading by lighting a candle.

As for the Tarot Card Reading, the reader formulate a series of questions catered to the specific individual and which upon being answered by the client, a card is drawn from the deck. Drawn cards meaning is interpreted by the reader to gain an insight into the past and future of the individual and help them guide in their life’s struggles. In addition to this, some form of candle or incense stick is burnt as well while the session is going on.

The science behind the Tarot Cards

When it comes to practices like these we are quick to dismiss them by simply thinking that they are a part of some occult practice or they correlate with divinity. However, card reading did not start as an underground black-magic activity in fact it was far from it. In the 14the-century playing cards were introduced in Italy and soon after that happened, people started using them as a tool for interpreting the future. Later these people came to be known as the cartomancers or readers, honestly, they should’ve stuck with the name cartomancer. As for the readings, it can be either seen as probability or psychology. Given the way the probability is something more or less that talks about the number of times one card will be picked, it destroys the meaning of the reading, and throw personal choice and luck right out of the window, and for that reason, we’ll focus on the psychological aspect of it. 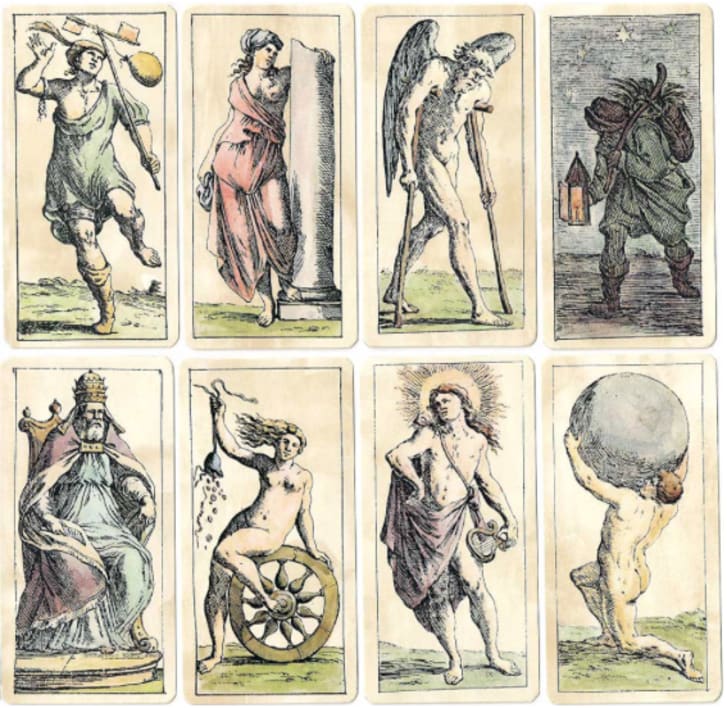 The psychological expression of the readings can be deciphered as if a person is subconsciously picking a card they are doing so in order to answer their own deeper questions which simply do not surface on a conscious level to be thoroughly examined. According to some readers, this is the true form of Tarot Cards as readers’ involvement remains minimal in deciding a card and they only interpret the meaning of the drawn card. Additionally, it is seen that whatever card is drawn, individuals start to attach that card to their own psyche and for the lack of a better term, start inviting the desired or undesired scenarios to them subconsciously.

Also, the cards being the tools, they don’t necessarily predict the future but narrow down the stream of questions from infinity to specific areas of life. This is from where the reader picks up and asks specific questions which may further guide the person in a particular direction and resolve whatever issue they might be having. Some people even compare it to the Rorschach Inkblot Test, which is one of the most famous psychological tests. So is there any science behind the tarot cards? There is certainly psychology involved in the reading so to some extent science is behind the Tarot cards. 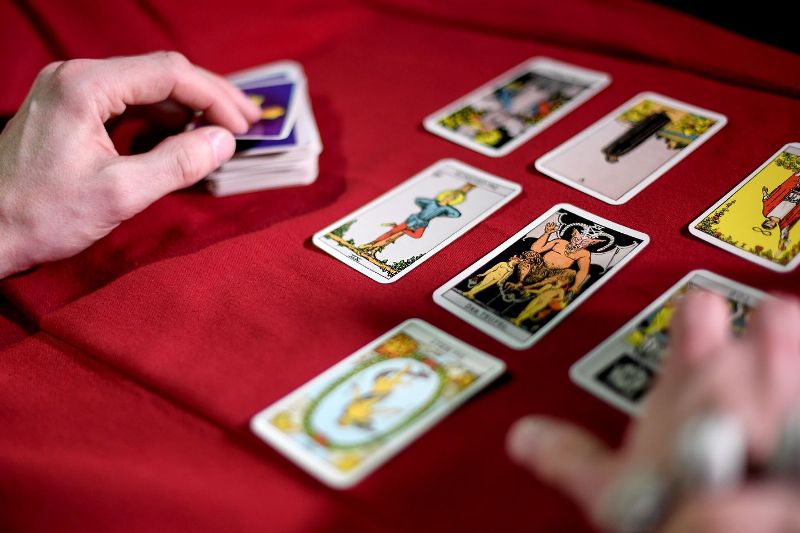 Apart from these two aspects, readers often say that Tarot Cards represent a deeper meaning which is divine and spiritually aligned with the person. It is said that our mind projects the circumstances and in a sense already knows what’s going to happen, tarot cards just become a conduit of this projection and help them attune better with their true self, resulting in a better life. If that is true or not, it is hard to say.

But as for telling the future, it is still a gimmick when it comes to predicting the future, however, for daily life circumstances and understanding one’s psyche it is a useful tool.