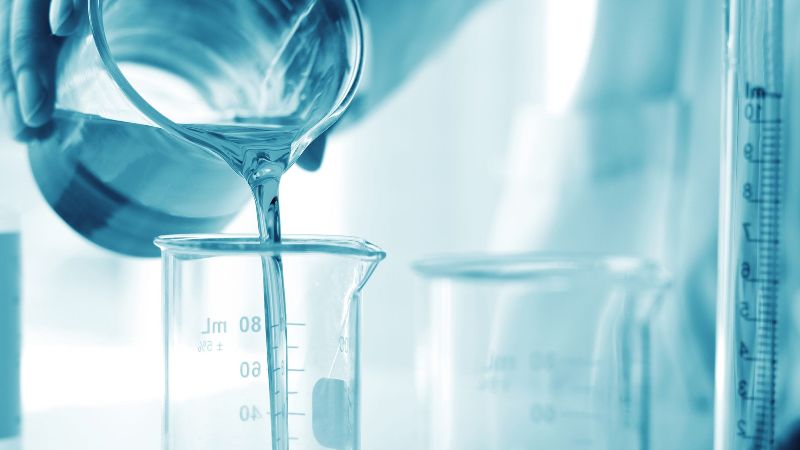 We humans take great pride in claiming that we consciously produced all the inventions. Yes, some of these inventions were intentional, however, not all of them were made in the same way, most discoveries that revolutionized the world were actually accidental. From the very first spark that led us to create fire to multiple medicines, we humans were actually trying to do completely different tasks and somehow ended up with a completely different result that benefitted us overall. Our entire species is a representation of failing a task successfully or as the classic case of getting to a solution in mathematics using a different formula.

Revolutionary discoveries that were accidental

1. Microwave: One of the most essential appliances in the kitchen of a bachelor or busy working family, a microwave is truly loveable. It not only reheat the meals that you cooked before leaving for work or during your Sunday meal-prep but also save you from chucking the leftover in the bin that you once promised yourself to eat later. It works on the principles of electromagnetic radiation and heats the water molecules present in the food resulting in hot food. Radar technology that was developed in the world war was being studied by an American engineer, Percy Spencer while working on a vacuum tube, known as magnetron, he noticed that the chocolate bar in his pocket melted as he turned the device on. He became curious and started projecting these electromagnetic waves at other foods and noticed a similar effect. Having this brilliant device he sold the first microwave in 1946 but decided to name it Radarange. 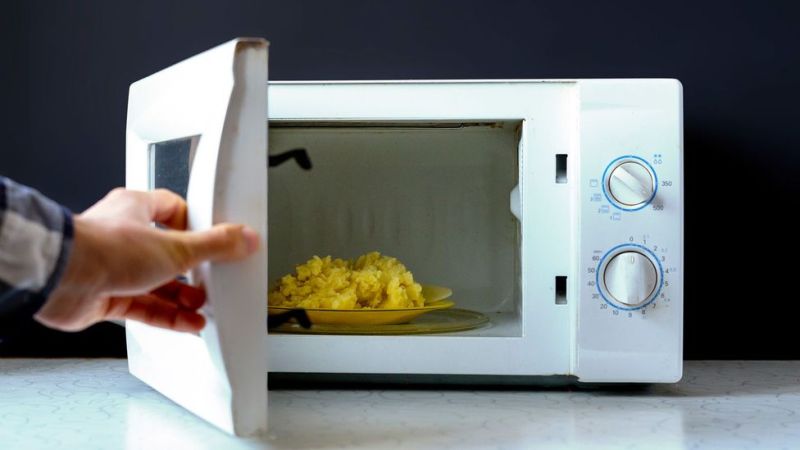 A photograph of a microwave.

2. LSD: Think of 1960s America and you will have a picture of hippies all around the place, dressed in baggie clothes and high of LSD. While wanting peace and spreading the message to stop wars is truly noble and the right mindset, doing it being on acid is probably not the best idea, I suppose they always wanted the experience. But how come this tiny paper laced with chemicals came to be? In 1938, a swiss chemist Albert Hofmann was experimenting in his lab with various substances to produce an analeptic medicine, but after he synthesized it, he kept it away and forgot about it for five years. In 1943, he begins resynthesizing the chemical and in the process absorbed it and sure enough, he was in a different place mentally. To confirm that it was the effect of the chemical, not him going crazy he took 0.25 milligrams to dose consciously, and after that, he asked his assistant to accompany him home. It was a custom to do it by bicycle and after an hour of dosing, he was feeling the same dream-like reality and started to get paranoid but finally, he was home and that is how lysergic acid diethylamide came to be. 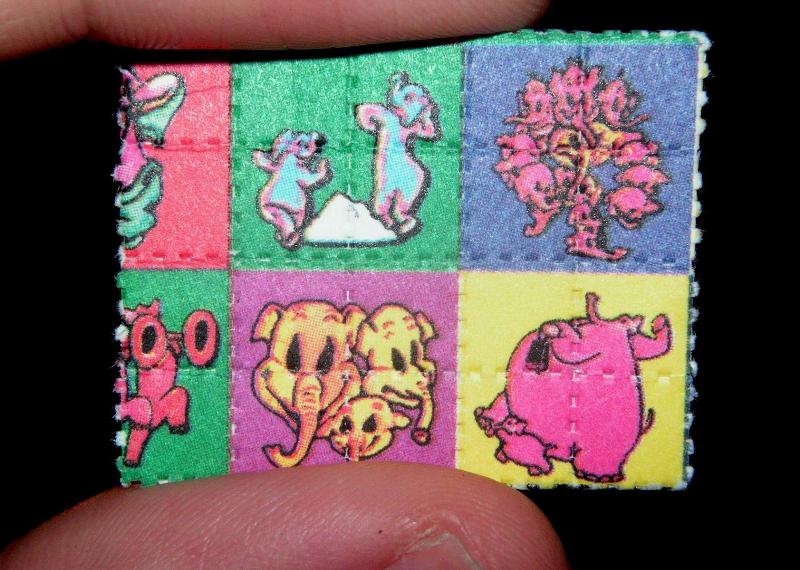 3. Penicillin: A common antibiotic that is used all around the world to treat various kinds of infections and bacterial diseases. But just like other compounds and devices, this was discovered accidentally as well. In the year 1928, a Scottish physician by the name of Sir Alexander Fleming was working with a bacteria culture and he observed that a fungal mold had appeared on the petri dish. What was interesting was that bacteria culture was thriving everywhere but on or near the fungus and after a month of experimentation he confirmed that this fungus kills certain bacteria. Later it was treated in the lab to extract the exact substance responsible for killing the bacteria and hence penicillin was invented. 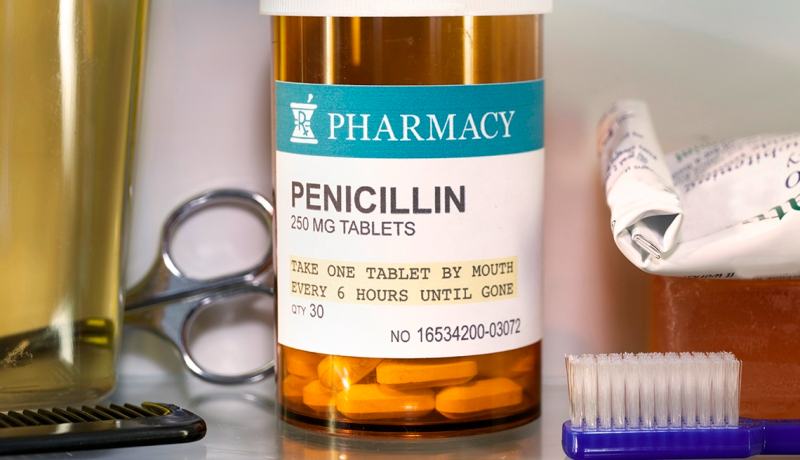 A prescription bottle with Penicillin.

4. Chewing Gum: Where would we be without chewing gum? Our schools would’ve been very different as we’d have never encountered our classmates asking for gum or what would our local douche do to look more douche without chewing it with his mouth wide open? In the year 1870, John Thomas was experimenting with various substances in order to produce a substitute for rubber. As he was working with chicle, the sap from a tree, but he couldn’t get the desired results and his experiment was failing drastically. Out of sheer frustration, he popped a piece of his experiment into his mouth and well, we’ve been chewing on this creation ever since. 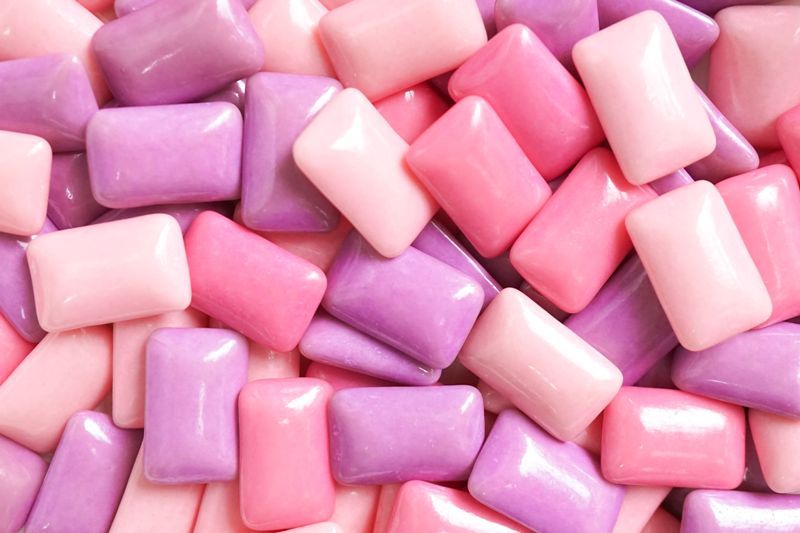 A pile of chewing gum.

5. Saccharin: It is an artificial sweetener that has almost no energy, though it may have a slight metallic aftertaste, it is about 300 times sweeter than sugar. It was discovered by a Russian chemist, Constantin Fahlberg in 1879 when he tasted the chemicals that were on his palm he noticed that these tasted extremely sweet. He connected the dots and come to the conclusion that benzoic sulfimide was responsible for the sweetness. By 1884, he had filed patents in many countries and two years after that began production of this first artificial sweetener. 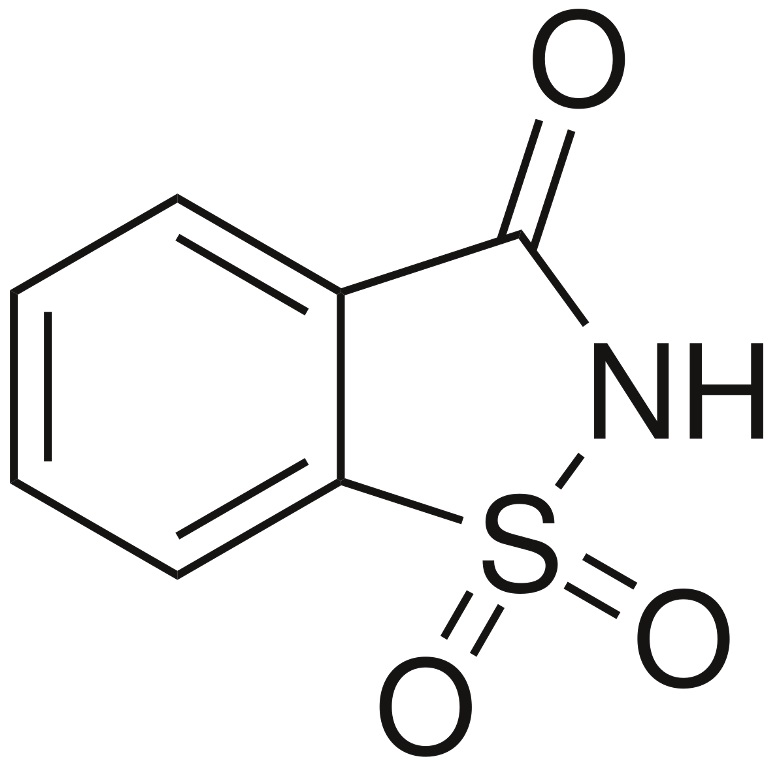 The molecular structure of Saccharin.

6. X-Ray: As of today X-ray has become one of the most important tools in medical science, it is used pretty much all around the world to confirm broken bones or other issues with soft tissues. In the year 1895, a German physicist Wilhelm Conrad Rontgen noticed that a nearby fluorescent screen was projected with green light despite the glass tube being covered with black paper as he was experimenting with cathode rays. At the time he was confused and curious so he simply named these rays, X-rays due to their unknown origin. After some experimentation, he found that it could pass through human skin and also how to produce them. I’m glad that he kept the name X-ray. 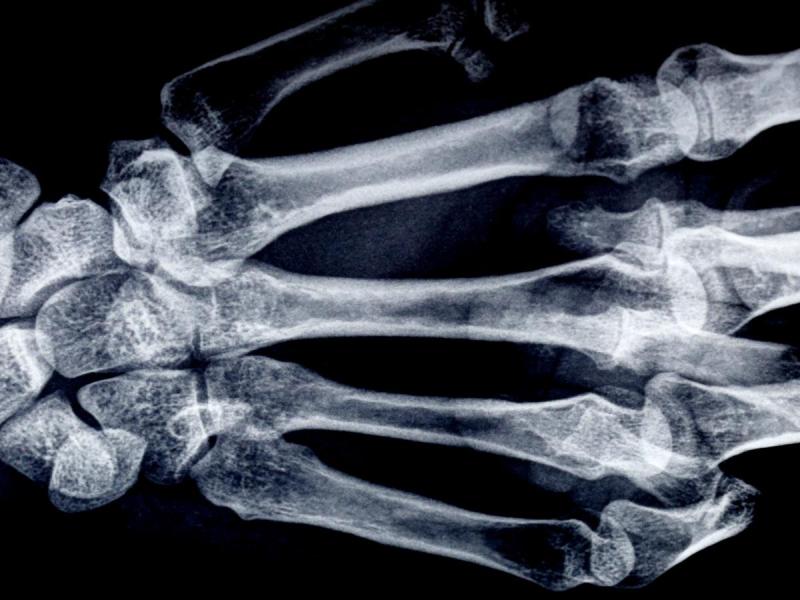 7. Superglue: We simply don’t think about it unless we need it. As we humans are almost always breaking things, superglue comes in real handy but it was discovered in a complete opposite experiment to joining. In the year 1942, Dr. Harry Wesley Coover was working on a substance that could be used as a clear plastic sight for guns, however, it being too sticky it was set aside. It was not nine years after this when Coover and his team were working on a heat-resistive substance when one of his chemists stated that he had damaged a refractometer beyond repair due to this substance, talk about a sticky situation. It was then Coover noticed he had discovered a unique adhesive. 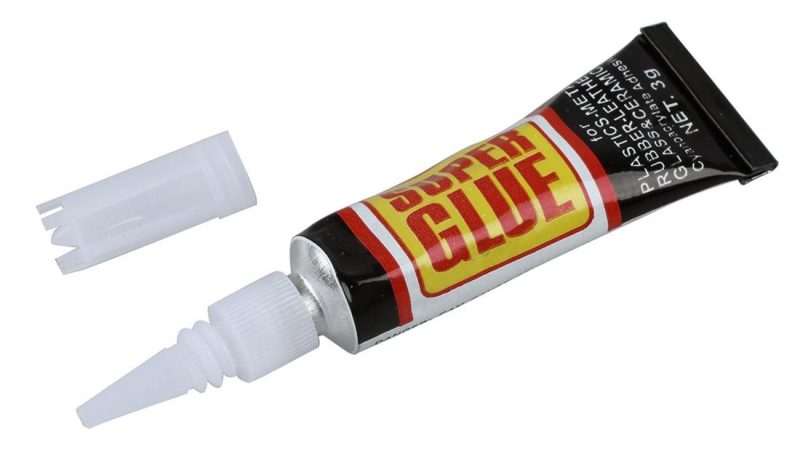 A tube of Superglue.

8. Potatoe chips: One of the most important parts of our lives when we are on travels or consumed as a snack only for it to make its way into our meals, potato chips have been a staple for many people. It was accidentally discovered in the year 1853 by George Crum, he was a chef at Moon Lake Lodge Resort in New York. During one service he had a customer complaint that his fries were too thick and he needed thinner ones, after cooking thinner fries the customer still complain about it being too thick. Annoyed by the customer and to get some laugh out of the situation he showed his skills by slicing paper-thin slices of potato and frying them until golden brown. That was the birth of the staple, I suppose annoyance is not always bad. 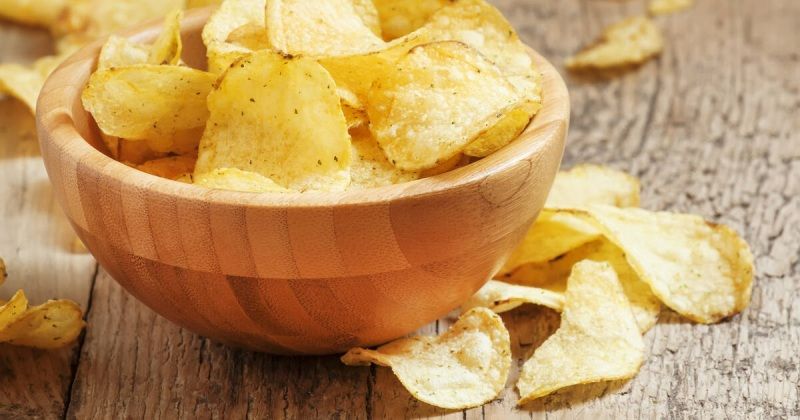 A bowl is full of potato chips.

9. Champagne: Whenever it is the occasion of celebration, whether it be in real life or on the screen, to show the joy towards the occasion a bottle of champagne is popped off, and out comes the fruity sparkly nectar. Even in those times, France was famous for producing exquisite wines thanks to its region and unparalleled quality of grapes. But due to this specific region of France, in the colder climates, the fermentation process would stop and they were unable to produce their wine and finally, the Catholic church took matters into their own hands and called Dom Pierre Perignon, a wine monk to Champagne to resolve the issue, however, in some documents it is stated that he had already produced sparkling wine prior to this. In 1668, Royal palaces started serving Champagne in official dinners and that is how it came to be. 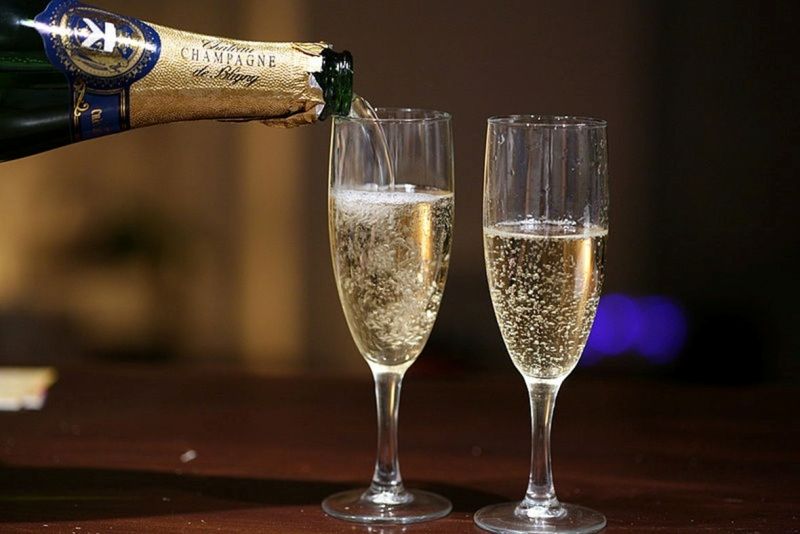 Champagne is being poured in flutes.

10. Coca-Cola: The beloved drink of people, if some say soft drink this is what they have in mind. Coca-cola has always been the icon when it comes to non-alcoholic beverages and some people even swear by it saying it is better than the competitor Pepsi. Though his creator was a pharmacist and had nothing to do with the food industry, he did change the course of it. In 1892, Dr. John Stith Pemberton originated this drink as an ailment and mainly to get people off drugs like morphine, including himself. In the early bottles, alcohol was present in the drink’s formula, however, during the probation period it had to be removed. But, no one said anything about cocaine, and it was present in the drink for years, no wonder those people got so much done.

A bottle of Coca-Cola near a road.

Ultimately, we have discovered all of these compounds and other things by accident. But now it is hard to imagine how our world would be like without these products as they have been so significant to us. Who knows what new invention is being created right now by accident?