From our own home planet to planets made up entirely of diamonds our universe has so many strange and weird astral bodies in it. But no matter how strange a planet or a star may appear, its properties can be understood by physics and its chemical composition, and then there are Black holes. One of the most bizarre and physical law-bending objects in our universe, there is nothing quite like it.

What is a Blackhole? 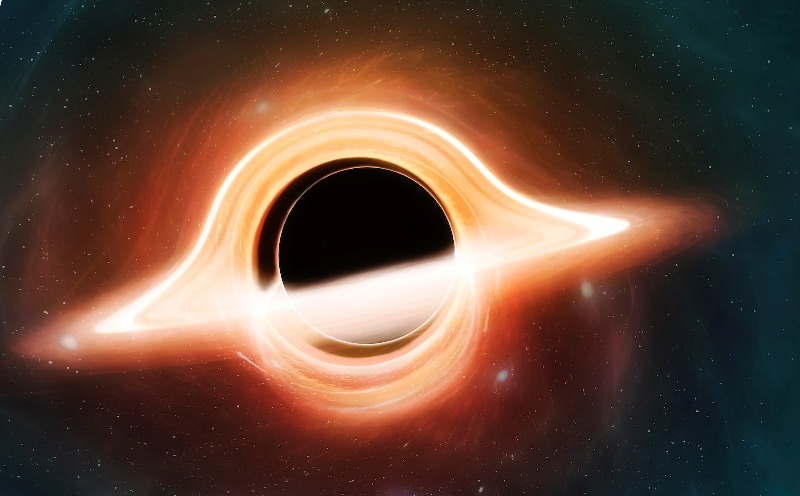 A realistic representation of a black hole with light disks.

All the stars in our universe exist in an equilibrium state, meaning in their core nuclear fusion which crushes two hydrogen atoms so strongly that it turns into a helium atom resulting in radiation just like our Sun that illuminates our sky. This radiation maintains an equal amount of energy against the gravity of its core. But when stars run out of fuel to produce radiation, they collapse under their own gravity and continue to increase the mass by feeding the materials to its core, then it bursts.  Either it results in a Neutron star or if the star was extremely massive prior to the implosion, a Blackhole.

Mind-blowing facts about The Black Hole 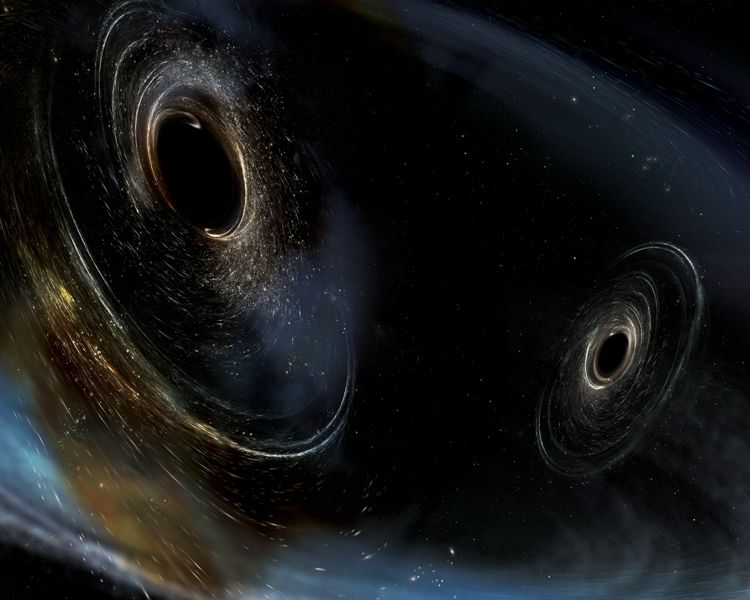 Two black holes existing nearby each other.

The creation of black holes may not be that strange of a phenomenon, as our universe sees many explosions and implosions. But the way black holes behave is mind-bending, both metaphorically and literally.

1. No appearance: Granted black holes are represented as a black void bending space, sometimes with a light disk around it. In actuality, the black hole looks like nothing. The matter that reloves around the blackhole orbits it so closely that it can reach up to the speed of light and any collision among them gets them extremely hot. These collisions turn these particles so bright that it appears as light itself, giving us the familiar disk around the black hole.

2. Extreme density: Hypothetically, if a black hole with the exact mass of our Sun was to exist it would only be around 3 miles in radius, which really tells just the amount of extreme energy required to create such an object and the tremendous pressure at its center.

3. Intense gravity: If we are far away from a black hole it won’t do much, however, closer to its surface the gravity is so strong that even the light cannot escape it. It is this strong pulling force of a black hole that sometimes people confuse with the properties of a really powerful vacuum cleaner. Once inside of it, even the next centimeter will exert 100 times more gravitational force. This results in the noodle-like phenomenon known as spaghettification, as your legs are closer to the black hole they stretch while your head remains normal and as you continue to move closer, you continue to get stretched, ultimately the gravity will be so intense that you’ll be ripped apart, but you’d be long dead before that.

4. Singularity: As we know when massive stars’ core implodes, it turns into a black hole. But what is at the center of a black hole? For the lack of a better term, its core turns into Singularity. Not much is known about it but scientists believe singularity does not really have a surface or even volume, it’s just a point in space where all of the mass of a black hole is densely concentrated, but some physicists disagree with this idea.

5. Event Horizon: Singularity is considered as the true black hole, but the black part we see isn’t really black. It is a void and the edge that separates the space and the black hole is known as the Event Horizon.

6. Bending of time: We know that it bends space and light but black holes can also bend time. Say we somehow manage to reach the black hole without getting pulled in and have measures to not die instantly. If two people let’s say A and B were to get near the black hole, and one of the steps in even for 5 minutes strange things will happen. For A that stayed outside, it would seem that B started slowing down to the point where B just froze in time and not much else happens and B suddenly disappears, meanwhile from B’s perspective, bizarre things happen. B will see mirror images of themselves from behind different angles. Also, the entire universe will speed up around B but for B time will remain as if nothing is really happening. Again in theory if B was to come out of a black which is impossible, the person who stayed outside, A would have aged in decades or even passed away.

7. The Hawking Radiation: As is with everything in the universe, black holes will eventually die as well. It is named after the brilliant physicist Stephan Hawking. According to him, in empty space, a pair of particles is born and then dies immediately as they collide with each other. However, at the edge of the black hole, one particle from each pair escapes, and in this sense, black holes are losing energy and will eventually lose all of it. But it is an abysmally slow process. A black hole with the mass of our Sun will take up to 10^67 years to die out, that’s 10 multiplied by 10, 67 times.

Overall, black holes are like a naughty child who disobeys the laws of the universe in the classroom of the space. Even though countless studies and theories have been derived to decipher black holes, with each new discovery about it, it just seems to get weirder.