As a child when you were in the kitchen and tried to make very important healing potions by mixing various liquids together you must have noticed one thing, well I did at least. Some liquids, no matter how much you stir them seem to never mix like oil and water. But more importantly, if you don’t shake or stir it, both liquids seem to exist in layers. Why is that so? Density is what is responsible for it.

Density in simple terms is a measurement that determines the amount of matter in any given object, liquid in this case, in relation to its occupied volume. To make it easier to understand, let’s say we have two containers filled with an equal amount of water 100ml, but one container is mixed with 15 grams of sugar while the other is mixed with 5 grams of sugar, therefore the former one is denser as the greater amount of matter is in present in less volume.

Density also depends on two other variables temperature and pressure. By changing either of these, the density of an object can be altered. Its formula is, mass divided by volume. Now let’s get experimenting. 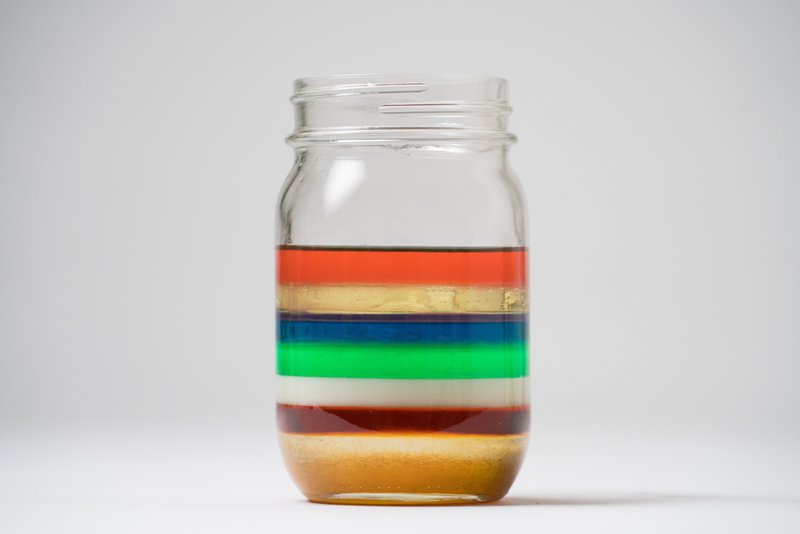 An example of the Density Column.

Density experiments can be done in many ways and with various liquids. However, today we will discuss the teacher’s and mother’s favorite experiment known as the Density Column. As it can be done with materials available in most households. Depending on how many layers you want to make you can use all or some of the mentioned liquids. Also, note that all of these liquids are at room temperature.

Now begin with pouring the honey at the bottom of the container and try not to touch the sides of the container while pouring any of the liquid as it can disrupt the laying process. Followed by a layer of syrup and do the same as with honey. Then add water to the container and by far this will be the easiest pour of them all. Finally, add the final layer of oil on the top and that’s pretty much it. You have created a beautiful masterpiece of different layers that are all liquid but separated due to their varying densities.

The science behind the experiment 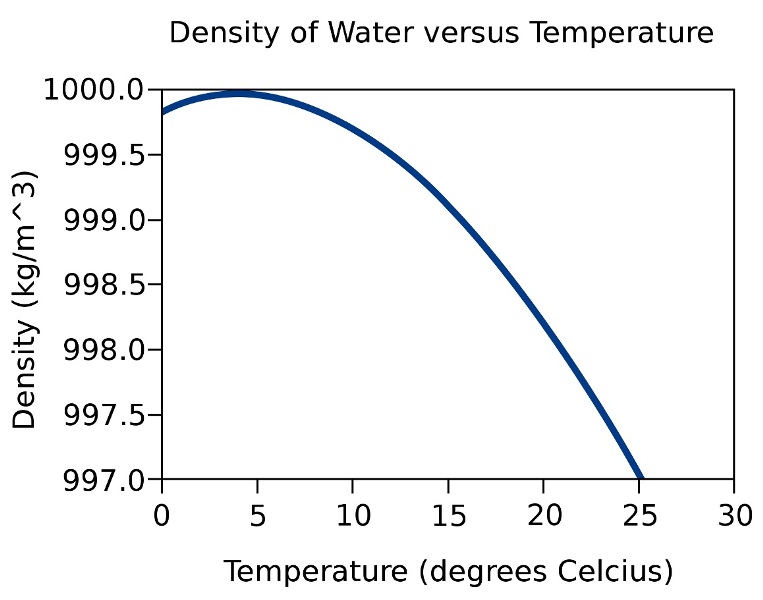 Density chart of water in relation to temperature.

The basic principle here is that we pour the heaviest liquid at the bottom and as we go up creating layers, we start adding less dense liquids. Another reason why it works is because of the properties of some of them like oil and water, no matter how much you try to combine these two they just don’t mix while other liquids don’t mix because of their viscosity. Eventually, some liquids will combine together, for example, honey and syrup, if you want to create a separate layer among them just add a liquid with an in-between density of these two, perhaps a dish soap.

Overall, it is a fun little experiment anyone can perform and it sparks children’s curiosity and makes them attracted to science.