When we hear the word Titanic, our mind goes to the masterpiece of a movie starring Leonardo Dicaprio and Kate Winslet. It was and to this day still is one of the most romantic movies in cinematic history. However, from its Maiden Voyage disaster to the conspiracies that the ship was already damaged prior to the voyage, it has become one of the most famous ships in our history. However, the R.M.S Titanic, the ship itself was not revolutionary or an engineering marvel as some have led to believe.

Engineering facts about the Titanic 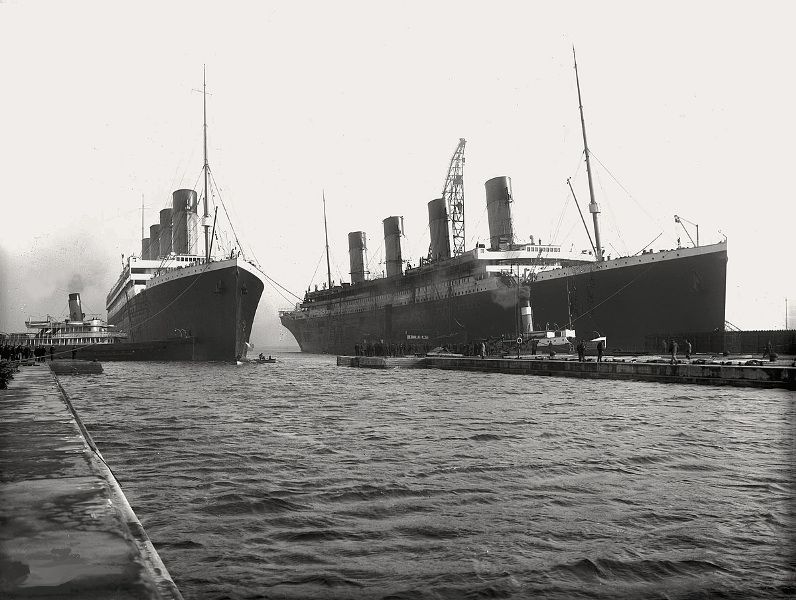 1. Construction of Titanic began 9 months after the construction of Olympic, an identical twin to the Titanic. Not only that, both ships were built in the same Gantry(a structure that supports the overhead machines used in the construction of ships). Both the ships had double bottom tanks which were used to fill with water to balance the ship.

2. Titanic had three engines. Two of them were reciprocating engines at the size of 63 feet fueled by steam to propel the outer 2 propellers each at 23 feet diameter, while the excess steam from these engines was used to run the third turbine engine that was used to power the central 17 feet propeller. Also, these propellers consisted of manganese-bronze alloy and weighed less.

3. Due to its sheer size engineers were faced with tough decision choices. As the steel welding process was in its early stages, it could not be relied on. Finally, both iron and steel rivets were used to keep the ship together by installing metal plates to the frame of the ship and a lot of these were used. Over 3 million rivets were used which weighed 1,200 tons by themself.

5. To steer the ship a gigantic 80feet ruder was installed made with 6 steel plates. Also, spur and bevel gears about 6 meters in diameter were installed powered by the steam engine to rotate the ruder as it was impossible to do so with mechanical force. 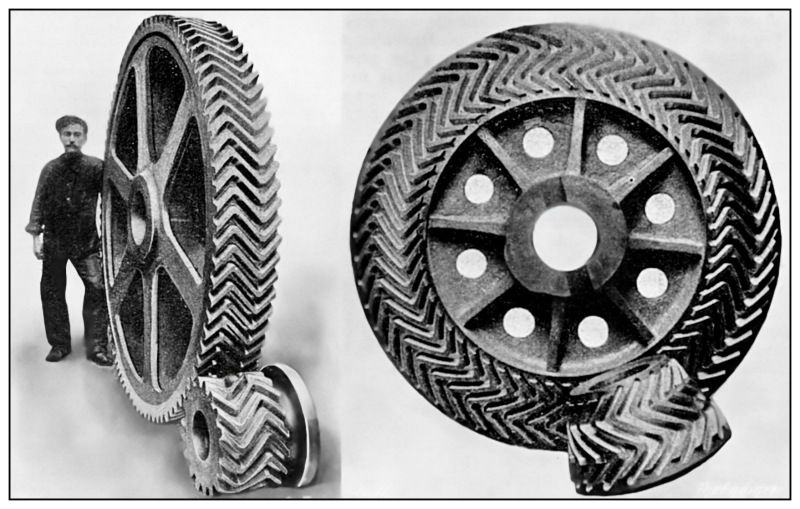 A ship crew member next to Titanic’s steering gear.

6. As for the exhaust system it was not much different from today’s chimneys. Out of 4 smoke steps, 3 were used for it, these were basically like funnels turned upside down. The larger suction area of the funnel came on top of the boilers, was split in smaller spider-leg shape, and the fumes were dissipated out of the ship in this manner.

7. The last of the funnels is often called dummy as it was not used for fume exhaustion it was installed for aesthetics. However, it was still used as a ventilation shaft for the kitchen and lower decks of the ship. Which were a necessity as well, as it could get to very high temperatures, and also suffocate the staff.

8. Being focused on opulence and prestige, electricity was a necessity for upscale passengers. Four turbines were also installed just to produce electricity, of course via steam. The output of these turbines was 400kW, which was more than the average city power plant output. Not only that, smaller 30kW turbines were on board as well in case of emergency.

9. Being such a large ship at the time, it was prone to hogging and sagging, meaning once the ship’s center is over a wave its stem and stern are unsupported and are basically in the air which makes the ship flex and bend by itself. To reduce this, two expansion joints were installed throughout the ship so that individual components could move slightly independently on a stable hull. Also, they were laced with leather to prevent water from seeping in.

Obviously, naval engineering has evolved tremendously in the last 100 years and we have created monstrosities of ships. However, the Titanic was a giant ship at 882ft in the 1900s, something that was unheard of at the time that is what made it an icon, and perhaps its sinking was what made it so popular.