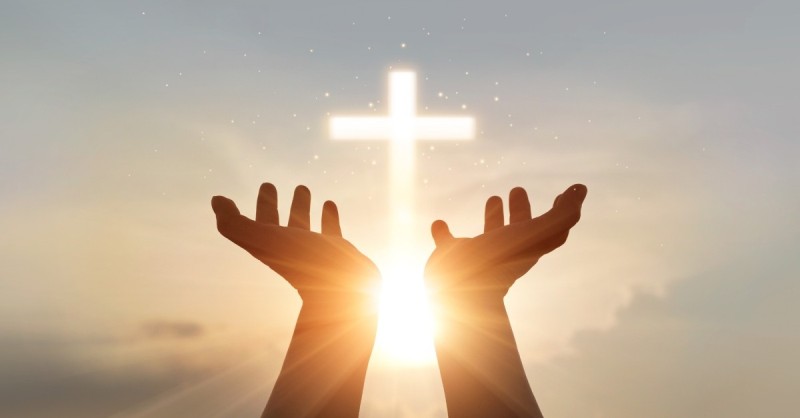 It cannot be denied that Jesus Christ was the messiah and gave the world invaluable wisdom and teachings from a higher dimension. However, Jesus left his mortal body hundreds of years ago and the bible was written over a century and in what way he may have uttered the teachings has always been a mystery, we all can interpret it in our ways but there is no surety. Perhaps the texts may have even been altered to present a completely different meaning, well, at least that’s what the secret texts found in Egypt claims.

The History of The Holy Bible

To understand and distinguish these forbidden teachings, we must look into how the Holy book came to be and how it is present today. Bible is split into two large collections, The Old Testament and The New Testament. 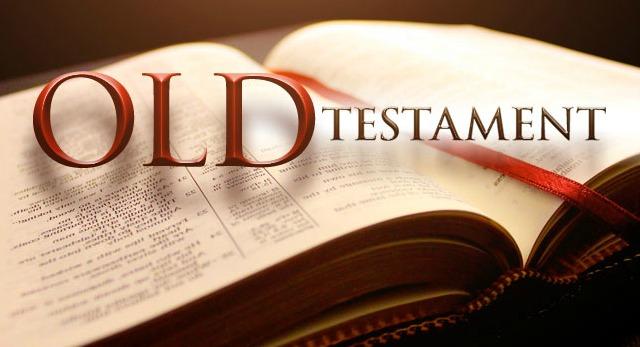 These scriptures took about 1,000 years to be compelled and are comprised of 39 books. According to the old testament, Earth was created by God, and two humans, Adam and Eve were created in the image of God to continue God’s work, however, they were asked to not eat the forbidden fruit but as we all are familiar, Eve took a bite of the fruit thanks to the temptation of the evil serpent and this resulted in humans living lives in their ways and the world become a negative place full of oppression and violence. Here a new human king was promised who will defeat the evil. Then God decided to start over and a pair of animals both male and female along with humans were gathered on a ship while the rest of the world was flooded. Now God made a covenant with Abraham, promised him land, and blessed him that his family will rule the world and soon their numbers grew in Israel, fearing this Egyptians enslaved them. Then Mosses was chosen by God to take Israelites to their promised land and on the way, God gave laws and commands to help the people follow God’s ways, and finally, after 40 years of traveling they reached their land and in return, humans started worshipping God. But sure enough, they started living their own ways and the same cycle started, now God spoke through a man named Samual, however, people insisted that they want a human king just like other nations. Then Saul was elected by Samual and he started ruling Israel but soon he became corrupted and was dethroned. Then a humble shepherd boy named David was chosen, however, he was not perfect either as he committed a murder to cover up his affair with a married woman. Still, he loved God, and so later his son Solomon became the new ruler of Israel and wrote many books but sure enough, he married corrupted women who strayed him away from God. This led to the kingdom being split into Israel and Judah, which were ruled by corrupted kings and a civil war broke out. Then prophets were sent to help people to return to the ways of God but they wouldn’t listen this resulted in other nations taking over Israel and Judah along with enslaving the Israelites and they were forced out of the promised land and this time came to be known as the Exile. Now known as jews, they were scattered through different lands. Daniel, a prophet was sent to the city of Babylon, where he refused to pray to the king, which was the law, and continued praying to God, this angered the king, and Daniel was thrown into a pit of hungry lions but God shut the mouths of the lions and Daniel emerged next day unharmed. Then Jerimiah was sent as a prophet, from whom God spoke that he will make a new covenant with jews and will return them to their promised land. Nearly 60 years after this, Jews were set free from the Persian Emire and they returned to the city of Jerusalem where they were ruled by Ezra. Then prophets predicted a future that a messiah will be sent to restore prosperity and after this, God didn’t speak to the prophets for 400 years. 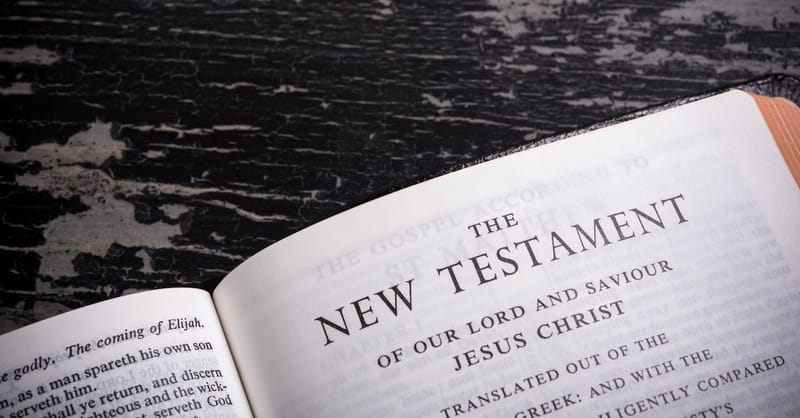 Where the Old Testament took nearly 1,000 years to be completed, the New Testament was made in about 40 years. Finally, after all those years an angel appears in front of two people Zechariah, who’s an old man and he was told he will have a son named John, while to a young woman named Mary, he told she will have a son named Jesus. Zechariah’s wife Elizabeth was barren and was unable to conceive, miraculously gave birth to John. Similarly, Mary without having been with a man gave birth to a miraculous boy named Jesus. The birth of Jesus was grand as angels started singing, three wise men showed up to give gifts and the news was spread like wildfire, and the king at the time got to know and he ordered that all the babies must be killed so that no new king can rise against him. Mary and Joseph fled the area and went to Egypt to avoid this, they did return after some time and started living in the town of Nazeareth. From his childhood to the age of 30, there is no story about his life. Then John started telling everyone to be baptized as the messiah was coming, and finally Jesus showed up and he was baptized by John, then Jesus went into the desert where he was tempted by Satan but he stood his ground. He returned and told people that he is the son of God, he gathered 12 people who’d become his disciple, and along with this Jesus traveled the land while helping the poor and healing the sick for 3 years. Judas, one of his disciples betrayed him and reported him to the authorities and under Roman pressure, Jesus was crucified on a cross where he bled and died. However, three days after his death, Jesus returned alive and well, people were awestruck and terrified and realized that Jesus was infact, the promised king, the messiah. Here he stated that he’d be leaving soon and his followers must continue to make more disciples and his spirit will help them.

I’ll admit it this sounds a little too complex and strange, to say the least. Many questions comes to mind which are unanswered by the Christian leaders, they simply state that it is the way of the God. Sure one cannot understand God and neither God’s plans but what about the forbidden books and texts? That’s right Bible and the churches forbade certain books such as The book of Enoch which tells a completely different story, but why? In the year 1945, an ancient tomb was discovered which contained 13 manuscripts that were linked with Gnostics, these were Christians that taught salvation, and salvation is a concept that does not exist in the bible. Their followers were burned and writings destroyed by the Roman Orthodox Church and through many years from 1 AD, these texts have either been destroyed or heavily altered to tell a completely different meaning which has resulted in the Bible of today. The lost Gospel of Thomas is also not included in the western biblical tradition that is said to be the actual words of Jesus Christ himself when he was giving his teachings. 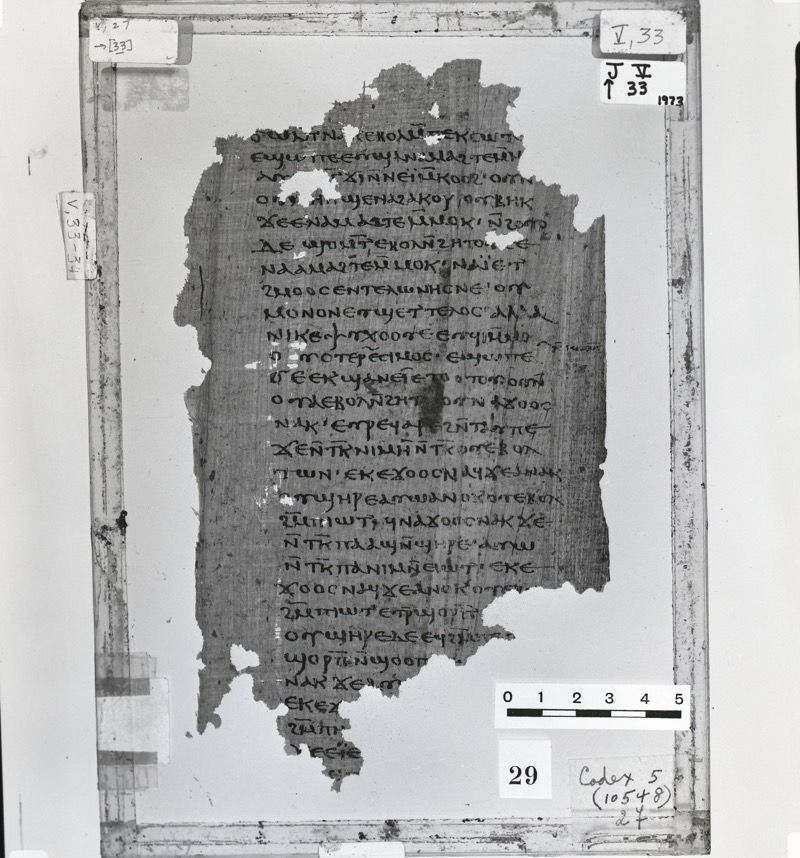 The forbidden texts written in Greek.

In the year 2017, manuscripts were found once again that was truly significant and these were unlike others. These were found in the trash pile of ancients in the present city of Nag Hammadi in Egypt and are actually the teachings of Jesus that were given to James, to whom he often referred to as a brother. This finding goes to show that a sect of Christians, the gnostics were reading these teachings long after they were banned by the rulers. In these forbidden texts, it can clearly be observed that Jesus was talking about liberation and he referred to heaven and hell not something that would happen in an afterlife but that tthey already exists within each and every human being. In one teaching where his disciples asked what their end will be, Jesus responded by saying that one must find the beginning of all and that where the end is, and one who finds this, will not experience death. Unlike the concepts taught by the Bible, these teachings talk about enlightenment, and as you can see Jesus never once mentioned the Earth being created the way it was told in the Old testament.

The bottom line is that the messiah lived on this planet a long time ago and since then the world has been altered, his teachings have been heavily edited to tell lies instead of wisdom. Why is this forbidden text the truth and not the edited Bible? Because, once a person is familiarized with the truth it cannot be altered, it cannot be unseen.