We live in a world where plenty of innovation and inventions had already been done. Though now it seems obvious how certain things work or how they were created, in the past when something didn’t exist, creating it was a whole new level of genius. Similarly, when one has to theorize of minuscule particles and their properties that were incorrect and cannot be observed by eye and or even some instruments, it takes a completely new perspective to see life. When we think of geniuses from the 1900s we think of Albert Einstein, but one physicist from India who is forgotten in the realm of quantum mechanics who collaborated with him during those times and discovered a new state of particle, his name was Satyendra Nath Bose.

Bose was born in Calcutta on 1 January 1894 to his father, Surendranath Bose, and his mother, Amodini Devi. He was the eldest among seven siblings and the only male followed by six sisters. Bose was a brilliant student, he was always scoring good academic scores and even stood fifth in the order of Merit during his matriculation of 1909. He then came on top as he graduated with a bachelor of science in mixed mathematics in 1913, following this he once again stood first in the exam of 1915’s MSc mixed mathematics. Though he was achieving great feats, he was married at the age of 20 to an 11-year-old named Ushabati Ghosh, later he became the father of 9 children but two of them died in early childhood. 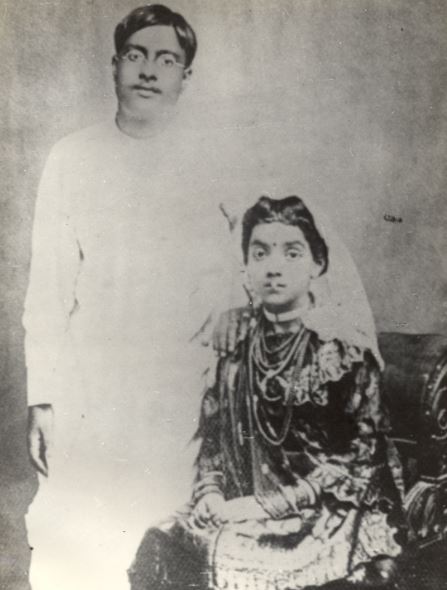 He was also multilingual, as he was proficient in English, Bengali, Sanskrit, French, and German and he also had an interest in music as he was also capable of playing esraj, a type of Indian musical instrument. Later on, he became a lecturer in the department of physics from the years 1916 to 1921. During this time, along with his former classmate and friend, Meghnad Saha, he translated Albert Einstein’s theory of special and general relativity from German and French papers in 1919, and in 1921 he was deemed as a Reader of the Department of Physics at the University of Dhaka. In 1924 he wrote a paper deriving Plank’s quantum radiation law without any reference to motion physics. Though upon submission of this paper it was not published, he sent it directly to Albert Einstein.

These are contributions that were provided to the world by Bose. 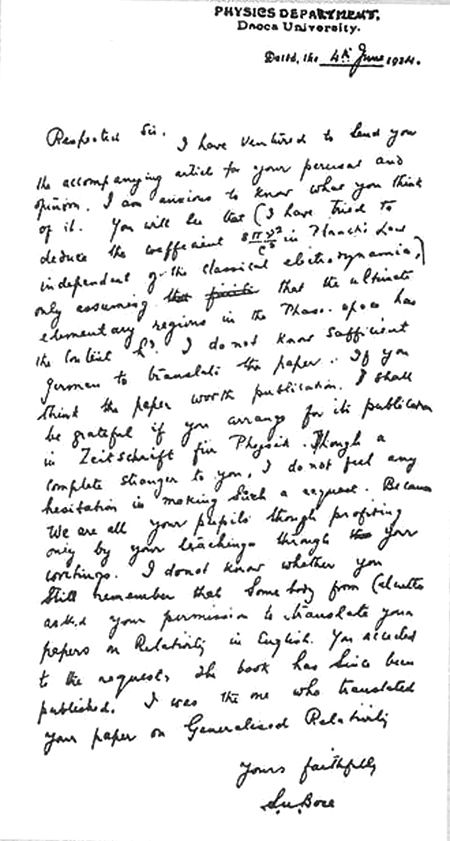 The letter that was sent to Einstein by Bose.

Bose in old age in India.

His life was what can be considered of a perfect student and scientist. Not only was he brilliant, but he was also exceptional at it, later on, he went to Germany to work alongside Albert Einstein and Marie Curie. But unlike people of today, he didn’t abandon his nation and upon completion of his work, he returned to India and devoted the rest of his life to improving his region and educating others. He was also nominated for Nobel Price but didn’t receive one, though he was rewarded with many national awards.