Though we engage ourselves in various other forms of activities it is the creativity within us that makes us feel human and among these music is one of the dearest and greatest activities of humans. It touches our soul, alters our emotions, and even makes us relaxed. But do you enjoy music so much that you’d create structure out of it? You must have heard about the musical road which only plays a vague tone of a specific song, however, in ancient India people thought to build an entire temple, known as The Vittala Temple, with musical pillars. It doesn’t get musical than this. 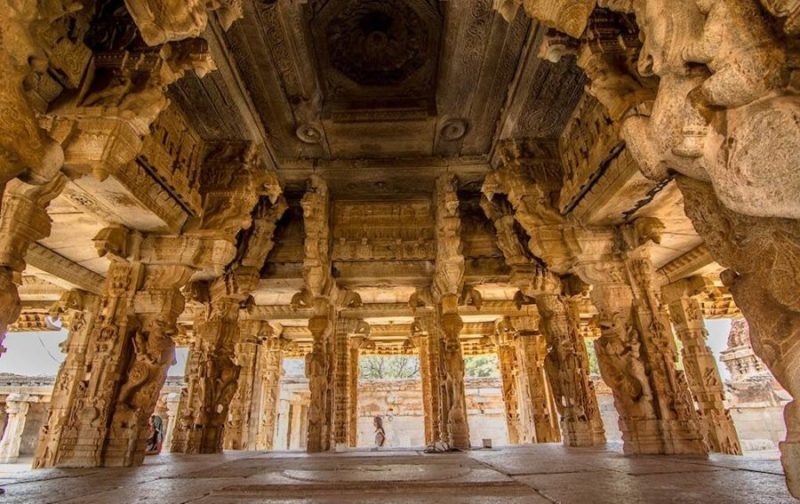 Inside of the Vittala Temple.

Build in the 15th century under the rule of one of the richest empires in the entirety of history the Vijayanagara Dynasty. It was built under the command of two rules, Devaraya II and Krishnadevaraya, while the former initiated the construction, the latter completed it. It is located in the Hampi city of Karnataka. Its craftsmanship is considered top-notch and attracts various stone sculpting enthusiasts from across the globe, as most of them are monoliths. Finally, the musical pillars, there are 56 pillars where each pillar when struck with hands vibrates and releases ringing sounds similar to an old school bell. However, striking with a sandalwood stick it starts vibrating and releases the tone of octave notes sa, re, ga, ma, pa, dha, and ni, the basis of classical Indian music depending on which pillar you strike. This has fascinated tourists for many years and even to this day people still see it with awe.

The Science Behind the Musical Pillars

Scientists have been puzzled by the mysterious music by the pillars for many years. It is said that pillars used to produce even higher decibel sounds, however, it was destroyed during the foreign invasions and the temple was even set to fire by the Mughals, yet it still continues to produce sound. Britishers became very curious to uncover the mystery behind its sounds. In order to do so they, cut open two pillars only to find the same materials as the outside, granite. Well, those two pillars got wasted in the name of science. 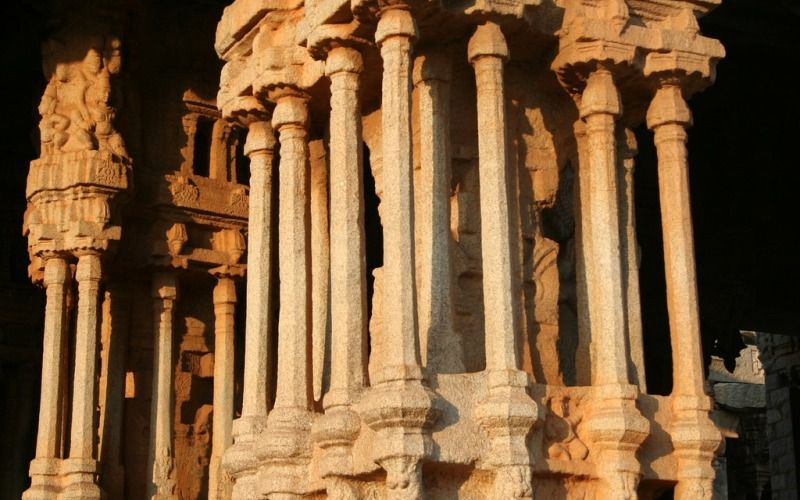 A photograph of the Musical Pillars.

Some scientists say these pillars are not pure stone but are mixed with silica and other elements to give them such musical properties. This begs the question, were there tools and technology available to melt the rock and mix other elements into it on such a large scale? If yes, what means were they using, and if not, what is the reason behind the sounds? 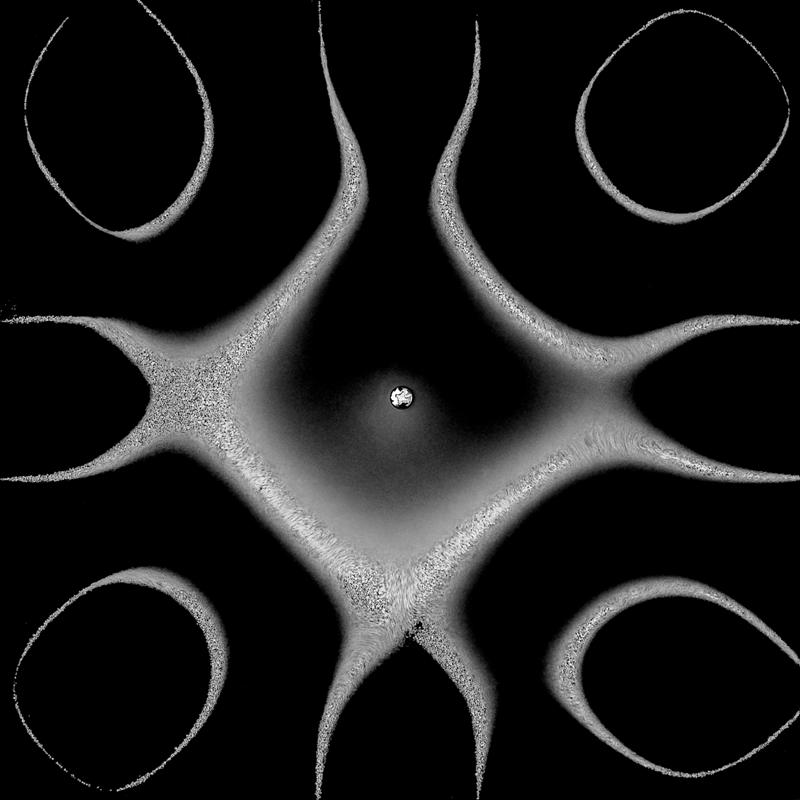 One of the most fascinating theories is fairly new in this topic. As our understanding and tools advance, we are now able to see that certain sounds produce certain geometric patterns, and not only that thanks to holograms we are not only able to see visual sounds but see them in real-time and in three dimensions.  Now if that is possible, could it be that the ancient stone sculptors knew about this and made these pillars in a manner that correlates to these patterns? This very well be the case. As everyone becomes intrigued by the pillars we fail to realize other patterns are carved into the temple as well. Specifically, the roof of the temple. In each area where a pillar is located, a certain pattern is carved onto the ceiling which might be the reason why the pillars vibrate and produce such notes. In modern times, we have seen sound is altered depending on the pattern and structure of a room, so it is very likely that these pillars are a medium that reflects those ceiling patterns and produces such sounds. Finally, if this is true, how did the ancient people know about cymatics? As it is certain that such technology was not available. Ancient Indians might as be geniuses and their technology just got lost in time because there is no other logical reasoning that proves how they created such structure, which is not even possible today.

Even in the 21st century, we are unable to decipher the science behind these pillars. Cymatics does provide us with some understanding but leaves us with many more questions. The only other explanation left is Aliens.