Though Charles Darwin gave us the theory of evolution that states that we are constantly evolving and choosing traits that result in our survival and advancements of our cerebral activity, some people seem to be evolving just backward. Pollution has always been a problem as soon as we entered the age of industrialization, however, one benefit of being a human is that we can do our own part in mitigating it by less littering. Sadly, our oceans show us that majority of humanity is going forward in the direction to destroy our planet as it has been littered with plastic and other non-decomposing stuff. If that was not enough, industries are endlessly poisoning both the waters and marine life. So is there anything we can do to stop it? Turns out there is a device that is already helping.

What is Seabin Project?

Started with an idea and turned into reality by two Australian surfers and ocean-lovers Pete Ceglinski and Andrew Turton. They saw that as they were growing up the pollution in the oceans just kept on rising, there were a lot of talks but no action by the authorities to fix this issue. So these two took matters into their own hands and quit their day job with one goal, to clean the waters and they come up with a solution, creating the Seabin. A revolutionary new way to clean the plastic, oil, and other waste from the oceans. It basically is a filter that pumps over 25,000 liters of water an hour and collects pretty much all the garbage that floats around. Though initially, Ceglinski and Turton didn’t think much of selling it, once it was seen in action orders started flowing in and over 5,000 orders were placed by 170 different countries. 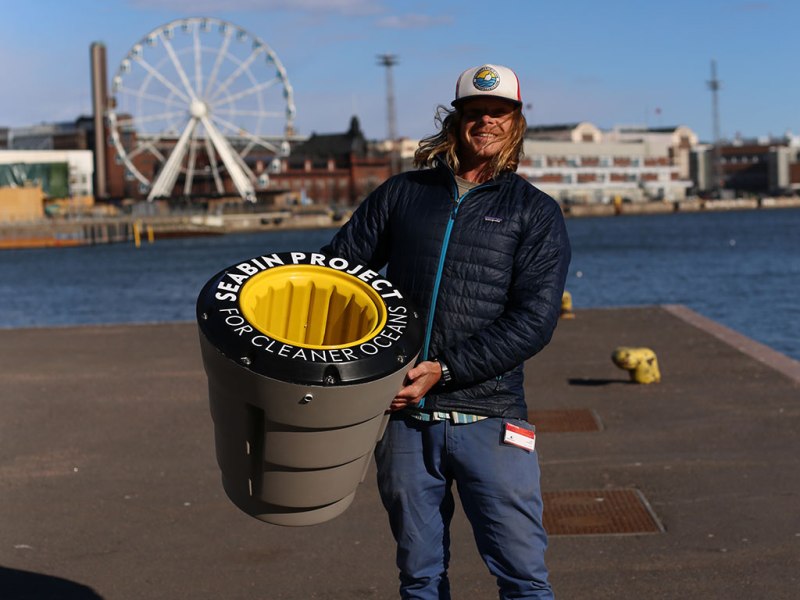 The main goal of the Seabin project according to Ceglinski is to have a day where no Seabins would be required. It may sound counterproductive and bad for business however when we really understand these people’s mindset, it makes sense that like all of us, they just want clean oceans full of healthy marine life on our planet. The Seabin can collect up to 1.5kg of waste and store about 20kgs. It may not sound like a lot but given many people are participating in cleaning the seas, it is all worth it.

How did it help?

Though it is not produced for the open oceans it is still a great device for cleaning the shores and this project has already helped the port cities tremendously. At first, it started basically as a private project, it has now transformed into thorough research, evolving technology, and awareness initiatives. Plastic in the oceans may not sound like that much of a serious issue, as the Earth is about 70% water right? Not really. It is rated as one of the worst problems for marine life, it is up there with ocean acidification and heating of the oceans. These plastics are categorized as either macro plastic that can be easily seen by us and microplastic, which are tiny broken pieces of particles. These two combined clogs the rivers and are seen atop tidal waves on the coastal areas. 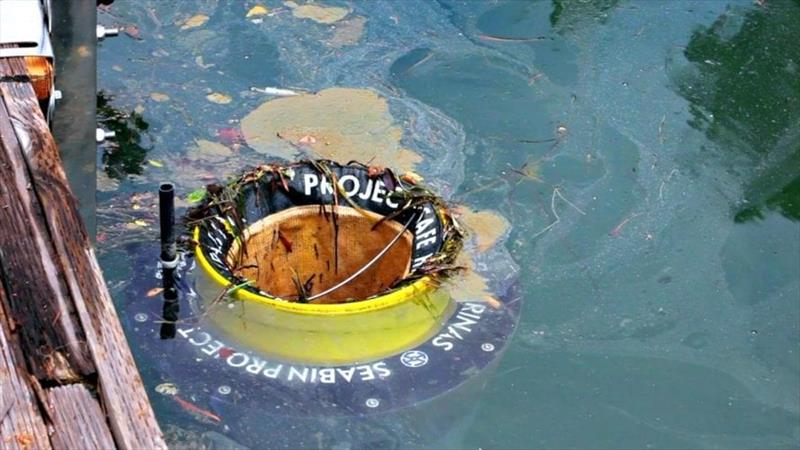 A Seabin in the water.

We, humans, understand that these are not edible for us yet we act naive and dump these into the oceans. Fortunately, animals are intelligent enough to know not to consume this material, but unfortunately, like us, they cannot detect microplastic. Though macroplastic is avoided by them, birds and marine life mistakenly consume microplastic on a daily basis which kills these innocent animals from the inside. Just because macro plastic is not consumed by animals don’t think it is safe. As divers have found plastic at the depths of over 600 meters, here they are even causing problems to marine life that never surfaces. Additionally, multiple whales have been seen dead on the beaches with huge amounts of macroplastic in their stomach. We truly have created a planet that is disastrous to each and every species that lives on it. 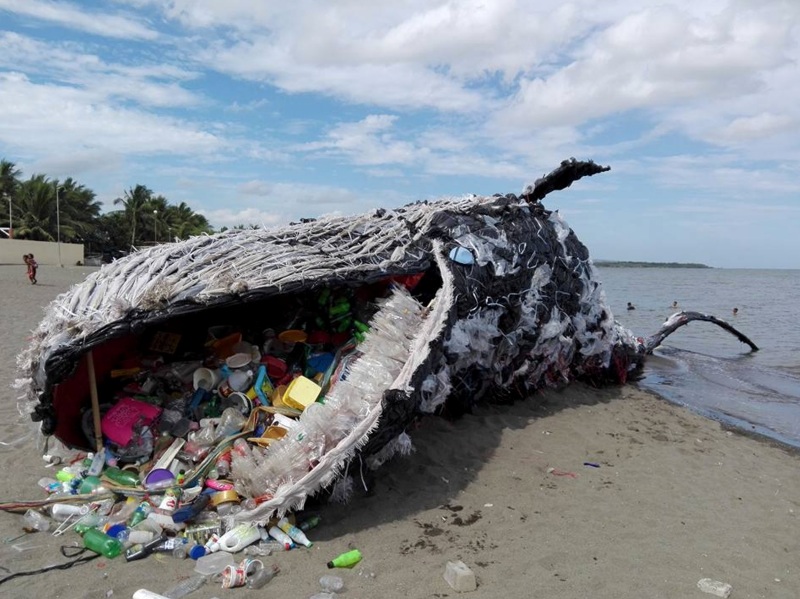 A whale beached full of plastic.

To mitigate these awful events from happening, from the last three years, many Seabins have been deployed on the piers and docks around the world. Along with these deployed Seabins, volunteers are often observed helping in cleaning the ocean. To give some numbers, each day around 860 Seabins collect 3600kgs of waste from the oceans around the world. Not only that, since its beginning, the Seabin has captured over 2,170,519kg of plastic and other debris from the waters. These numbers are rising each day and we sure hope, the amount of waste dumped into the seas is reduced as well. As much as we Seabins are helping clean the waters, it won’t be enough if we continue to buy more products packaged in plastic, for this very reason the Seabin project also organizes something known as Whole Solution Strategy where they teach and inform schools and other communities about purchasing methods to limit plastic waste. 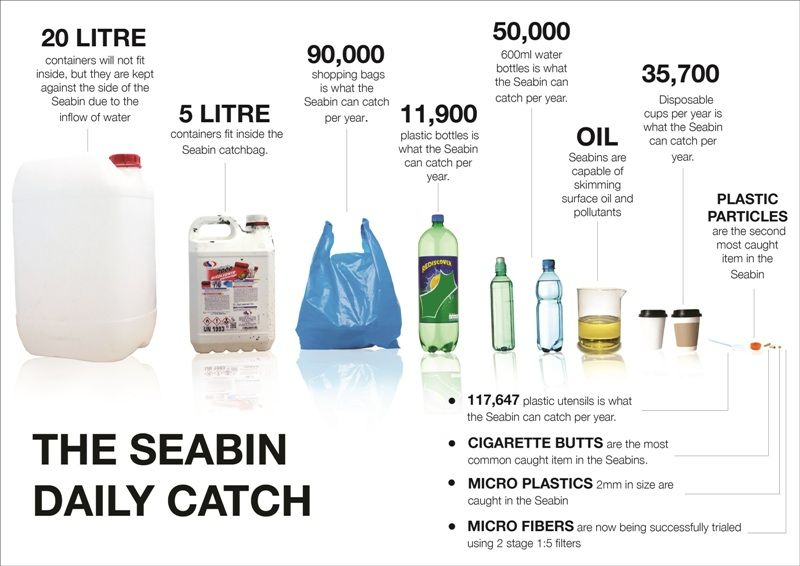 As this noble project is doing its part, we must do our part to limit our usage of plastic and recycle whenever we can. As it is not the ultimate solution to this problem, tons of waste is being dumped into the oceans as you are reading this very line and don’t forget about companies just pouring toxic waste into the water, we have no solution for them yet. Buying reusable products instead of disposable ones is the one step we all can take to limit our reliance on plastic. Ultimately, it is our planet and we must take care of it ourselves and innovative products like the Seabin are always there to help us cleanse our world.