Home
Science
Could We Colonize Another Planet?
Prev Article Next Article 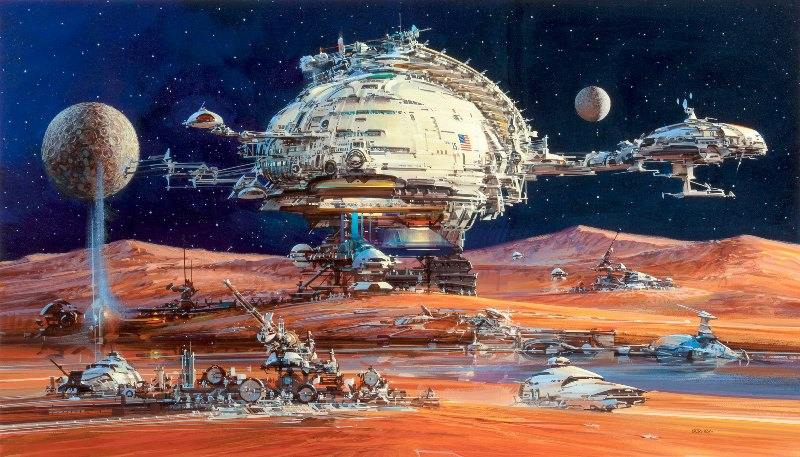 The human desire to travel to outer space was ongoing for thousands of years and it was only satiated in the year 1969 when Neil Armstrong set foot on the surface of the moon. Since then we have sent hundreds of satellites and probes in space to find out more about our neighboring planets and other space bodies. Though this has allowed us to gain invaluable knowledge, another desire has sparked within our minds and we are constantly thinking about it. Colonizing other planets has become one of the top priorities of scientists as of today. So can we actually do it?

Why Colonize other planets?

While the idea sounds really sci-fi and sparks curiosity, it is important to know what Space colonization actually is and why everybody is so eager to do it. It is also known as space settlement for the long-term survival of humanity and other species of our planet, by developing alternative locations off Earth in the events of man-made or natural disasters. This idea has been around for more than a decade, science-fictional books and movies have also had an impact on our thinking, and during one eye-opening lecture by Stephen Hawking, he stated that either we must colonize other planets in the next 200 years or accept our fate of extinction. 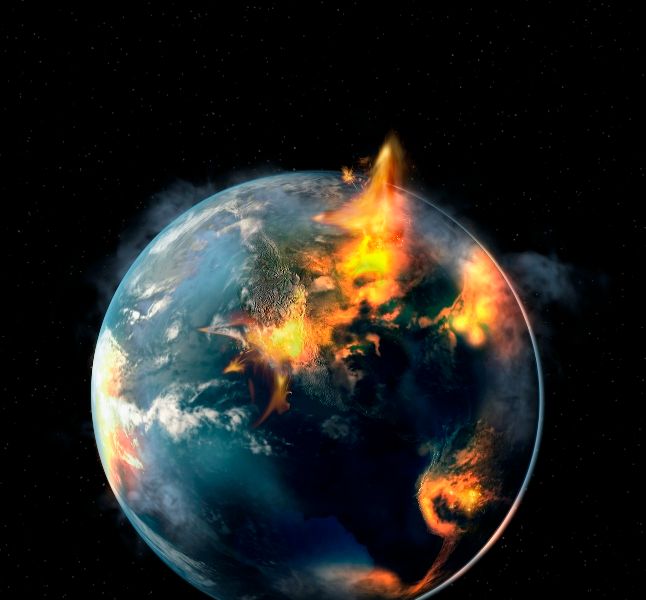 Earth burning due to climate change.

Previously it was not taken seriously but this idea was cemented during the pandemic of 2020 as the doomsday clock came merely 100 seconds from midnight, where midnight represents a point of no return. While these pandemics do not occur each year, climate change does, and each year we are propelling ourselves towards our own doom. In the past, it was believed either nuclear war or an asteroid will be the reason that civilization will be wiped from the Earth, however, now experts claim that the sole reason for the destruction of our planet would be climate change.

Now that we know the reason why we must invest our resources into colonizing other planets, the question is which planet to choose and how to make them suitable for us? While there are 7 planets in our solar system excluding our own, we must thoroughly analyze where we can establish our new home, ultimately, it is the choice between Venus and Mars. 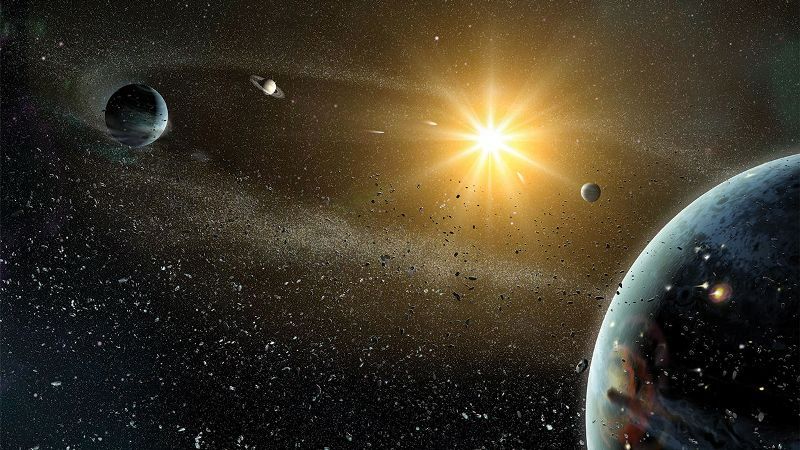 A representation of our solar system.

Going beyond is not going to help us much either, as a tremendous amount of resources would be required just to venture to further planets. Not to mention the drastically long time it would take for us to reach those planets, therefore, unless we produce nuclear-powered rockets these planets are not even in the question.

Let’s begin by considering and analyzing the possibilities of terraforming the closest planet to us, Venus. While Mars is the first choice of many when it comes to this idea, it is far away from us while Venus is about 141.27 million km away from us, it is quite a large distance, however, relatively speaking it is still short. By considering Venus for this task, don’t get the wrong idea that it is hospitable by any means, as it is one of the most hostile places in the solar system with temperatures soaring at 460°c, thanks to its 97% carbon dioxide atmosphere, compared to Earth where we only have 0.04%. You get the picture, it is hell with extreme pressure as well. There are few reasons why we consider it when thinking of settlement, firstly, its gravity is roughly the same as Earth, and it’s almost the same size as Earth. 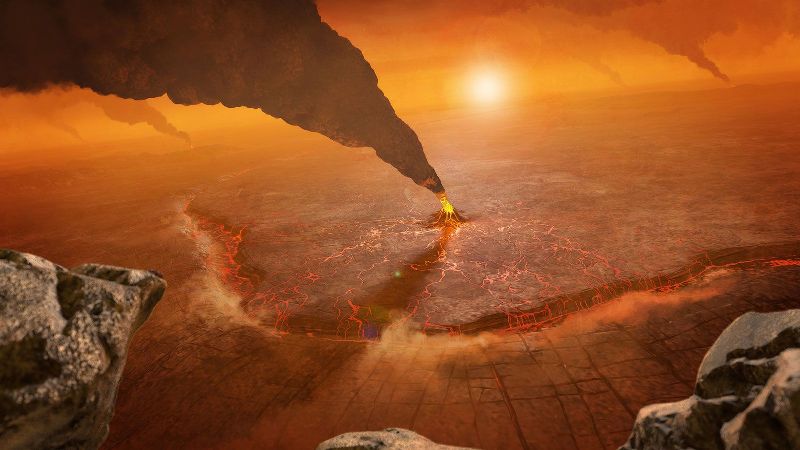 A representation of the surface of Venus.

In previous times, it was discovered that beyond a certain height, the environment of Venus is actually suitable for humans with tweaking of course, but the idea of cloud cities is not something that can be done, as it will have many negative impacts on us both mentally and physically. But let’s consider completely changing the face of Venus and turning it into the second Earth. So where to begin?

Then slowly adding plant and animal life, we can start to turn Venus into a second Earth and settle there.

Ah, yes, Mars. The love of each and every science fictional movie and the hot topic of each space colonization discussion. While colonizing other planets is still out of our reach, with Venus we at least had a possibility and hope that it can be done, thanks to its similar gravity but when it comes to Mars, we need to take a completely different approach. Mars is also at a greater distance from us at about 396.07 million km and it is the second smallest in the solar system. Additionally, the crust of Mars is rich in iron and this iron reacts with minuscule traces of oxygen present on Mars which rusts giving it the distinct brownish-red color, hence named the Red giant. Contrary to popular belief and its color, Mars is actually a cold desert with freezing temperatures of -140°c. 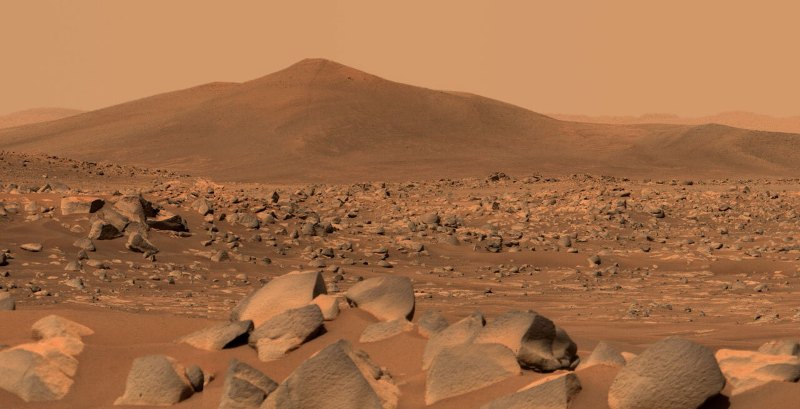 The surface of Mars.

But despite all of these, scientists are fixated on the idea of settlement on Mars. That is why billions of dollars have been invested in future Mars projects and of course the famous mars rover. So how can we colonize Mars?

As you can imagine, settling on Mars can only happen with extensive resources and a constant supply of artificial atmosphere and gravity. Plus, we cannot ignore the problem of food production, as no plants will be able to grow in such conditions, the only way to feed people would be army-style rations or astronauts’ food.

Ultimately, space colonization as great as it sounds is hundreds of years away from us. If we are determined to invest so many resources in such biblical tasks, we should do it on our own planet and fix our past mistakes while simultaneously find new and efficient ways to power space missions. Who knows with a proper mindset and technology we’d be living in a completely different galaxy.