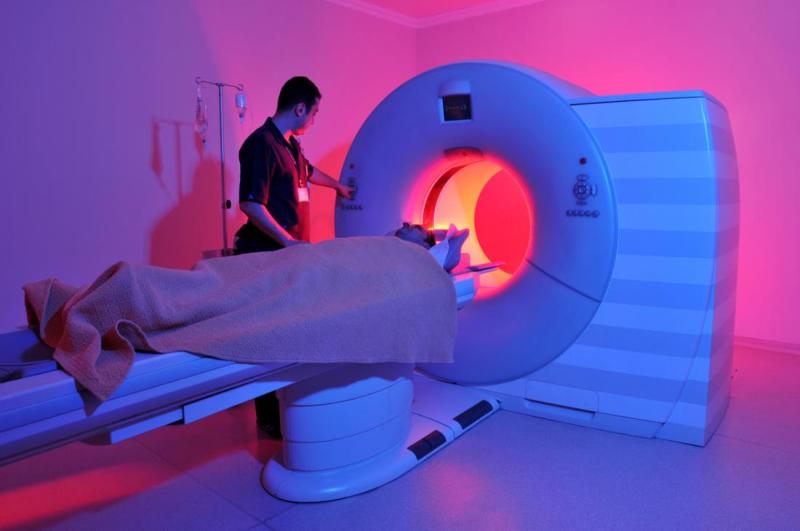 Medical science has always been an important part of our lives. Though it was nothing like the modern facilities and understanding in those times, it is only from half of the last century that science had advanced tremendously and doctors have been able to pinpoint what disease is causing someone issues. As impressive as doctors are, their work is made a tad bit easier by modern equipment that allows them to test and view the patient’s inside without ripping them open, especially the brain. One instrument that allows the doctors to view the organs and tissues of patients is an MRI, but patients always complain or get paranoid while getting scanned as MRI produces very strong noises. But why?

What is an MRI?

MRI or Magnetic Resonance Imaging is a procedure in which a machine utilizes a strong magnetic field and radio waves to produce an accurate image of the patient’s body who is laid in it. This process is completely painless and it doesn’t even require injecting or attaching wires to a patient. MRI has been a result of many researchers’ contributions over the course of many years but all of them give credit to a process known as NMR or Nuclear Magnetic Resonance, in which the nuclear spin of the molecular structure of a material is analyzed when placed in a strong magnetic field. 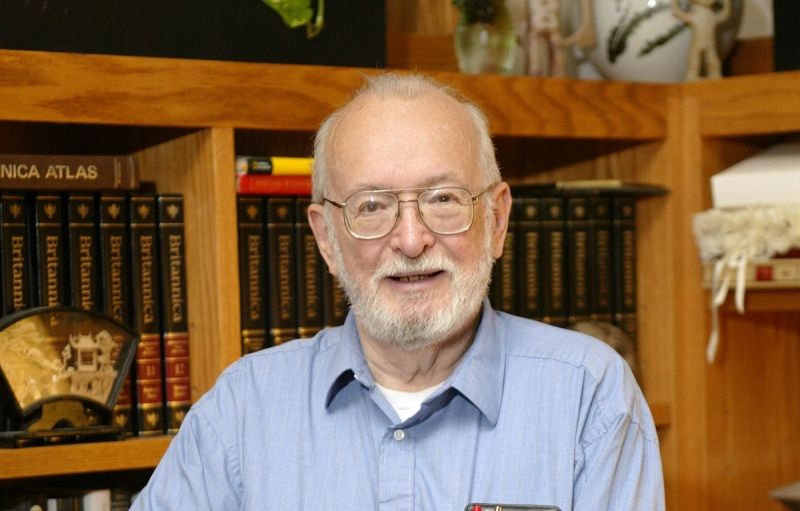 A photograph of Paul Lauterbur.

Though this process was invented in the 1930s, its medical applications were not known until the 1970s when a chemist, Paul Lauterbur developed a technique in which he altered the strength of the magnetic field that resulted in varied signals from the atoms that developed an image. A scientist by the name of Peter Mansfield developed a mathematical equation that allowed the images to be produced within seconds, he and Paul won a noble prize in 2003. The name had to be changed from NMR to MRI because it not had been a long time since the dropping of the nuclear bomb and people were hesitant to undergo a process that had nuclear in its name. The first MRI scan of a human was conducted in 1977.

Noises made by an MRI

The way an MRI works is that it utilizes the body’s natural magnetic properties and for this type of imaging hydrogen atom, specifically its proton is used because of its abundance in water and fat. In normal circumstances, hydrogen’s protons are randomly aligned, however, when a magnetic field is applied to these, all proton axes align. Then the radio waves are applied in addition to the magnetic field which causes the hydrogen protons to resonate and depending on the strength of the magnetic field and radio waves, the gradient of the image is produced. When these are switched off, a signal is emitted that results in imaging. 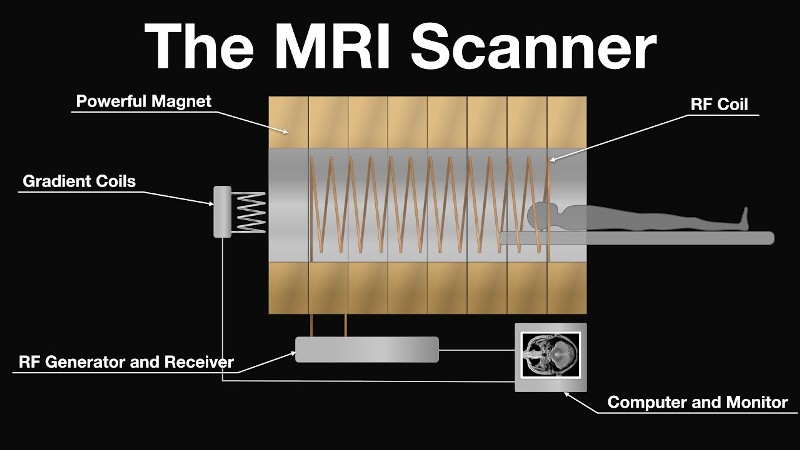 Components of an MRI scanner.

In order to produce a magnetic field, electrical magnets are used. These are magnets that result from electricity being flown through iron via coils and the strength of these can be increased or decreased with the flow of electric current. In order to produce accurate images of the body and tissues, these magnetic fields are constantly altered in strength to varying degrees. The scanner itself consists of coils, which are known as gradient coils, and just like the principle when electricity is applied, it generates a magnetic field. The rapid change in electricity, not only produces a magnetic field but also strong vibrations and noises which are often complaint about by the patients. Though the MRI is completely painless, these noises can even cause temporary damage to the hearing. According to scientists, the noise that an MRI scanner produces can be anywhere from 120 to 130 decibels which are compared to the noise level of construction equipment, therefore, ear protection is always recommended. 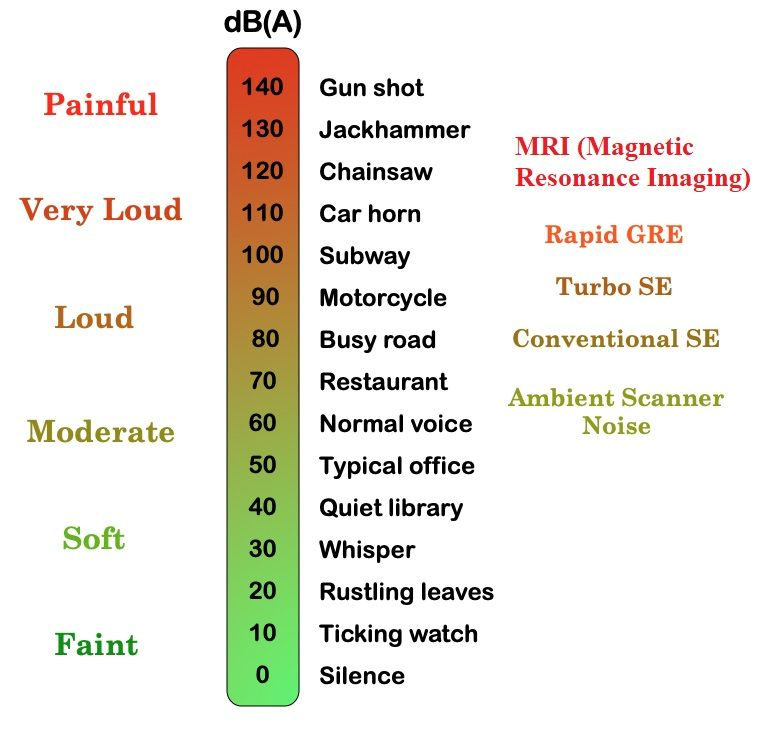 Though MRI does not cause any harm, some important information must be known prior to a scan. As you know it utilizes strong magnetic fields, people with metal implants in their bodies, clips, and pacemakers are not allowed in the machines as it can interact with the magnetic field and result in extreme pain and even internal tearing. Sometimes, it is often observed that people with tattoos can encounter inflammation and soreness. But overall, it is painless and an important tool for medical staff all around the world.